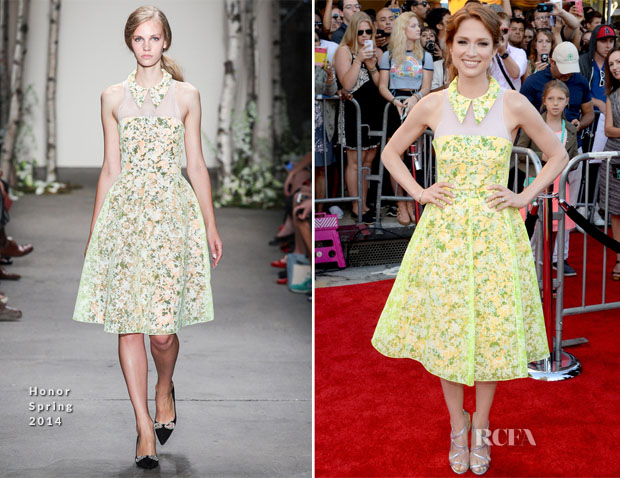 Ellie Kemper attended the premiere of ‘Sex Tape’ held at the Regency Village Theatre on Thursday (July 10) in Westwood, California.

As you know, celebs don’t always dress for the current season, but Ellie bucked that trend by donning an Honor Spring 2014 ditsy floral confection which is summer in a dress.

Featuring a voluminous skirt, crisp collar and sheer illusion yoke, I won’t be surprised if some deem this as too twee for the actress, but I can’t express enough how much I love her in this dress. 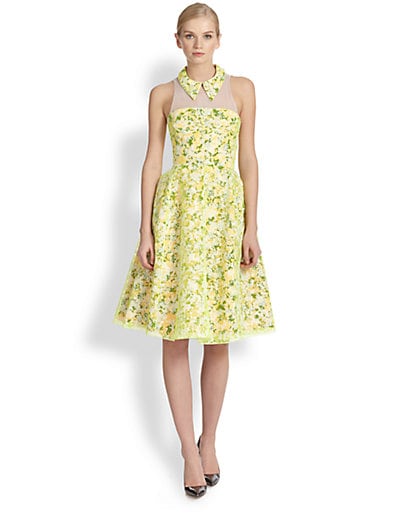 You can buy Ellie’s Honor Floral Collared Halter Dress from Saks.com and MatchesFashion.com.