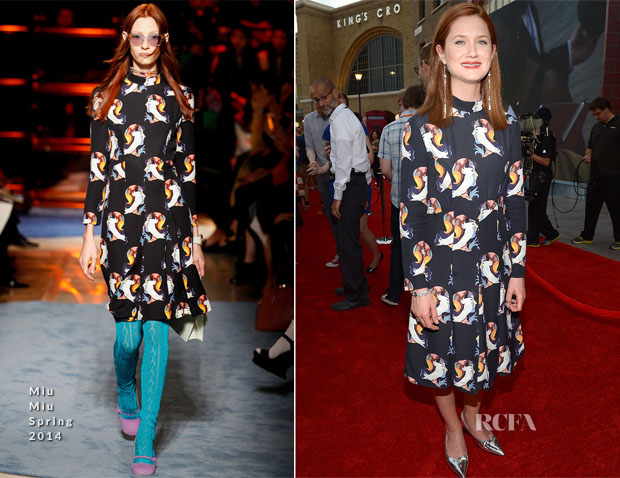 It’s refreshing to see her wear something so playful and not drab as per usual.

While I would’ve loved this in pastel pink à la Lupita Nyong’o and Léa Seydoux for a more summery feel, I love her silver Miu Miu bow-front metallic sandals and silver jewels, including those collarbone-length earrings she styled with this look.