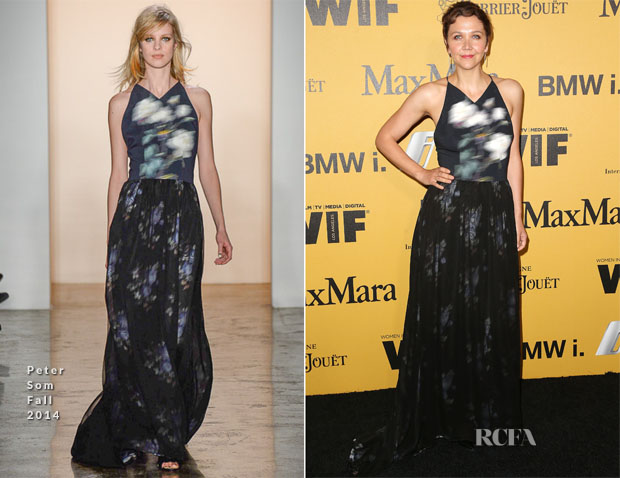 With such a dramatic set of prints, Maggie opted to style the shallow V-neck gown – featuring delicate cross-back straps and a sheer overlay on the skirt – with just a pair of Jennifer Meyer drop earrings and a pink lip shade.

Was minimalist styling the right option here, or would a yellow clutch have been a nice option to bring out the subtle tones in the print?