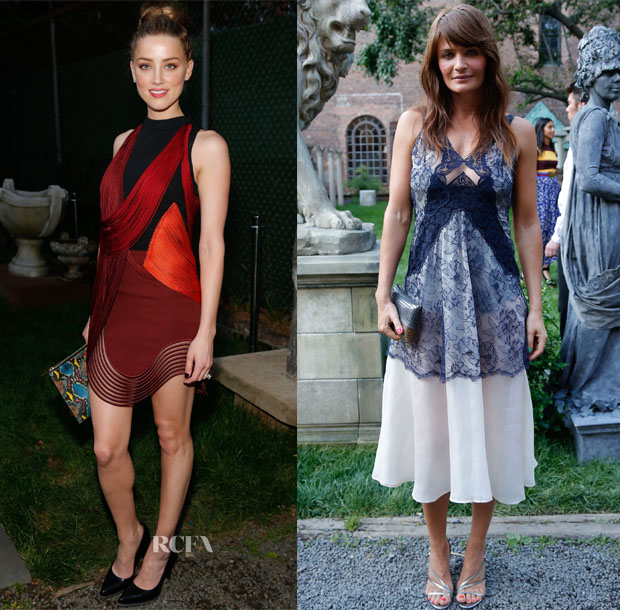 Stella McCartney presented her Resort 2015 collection at Elizabeth Street Gardens on Thursday (June 5) in New York City, which, as always, was a celebrity affair, although the usual suspects were not in attendance.

Amber Heard: The actress donned a Stella McCartney black, orange and maroon mini dress with fringe detailing and a sculptured hemline from the Fall 2014 collection. I can’t say I’m a fan of this dress to begin with, but the accessories are not working with it either.

Helena Christensen: When it comes to the supermodel’s Stella McCartney ‘Alan’ lace and silk organza dress, it was very much a case of “this is more like it”. She was the picture of modern femininity in this romantic Spring 2014 look, which she effortlessly styled with silver sandals and a two-tone clutch. 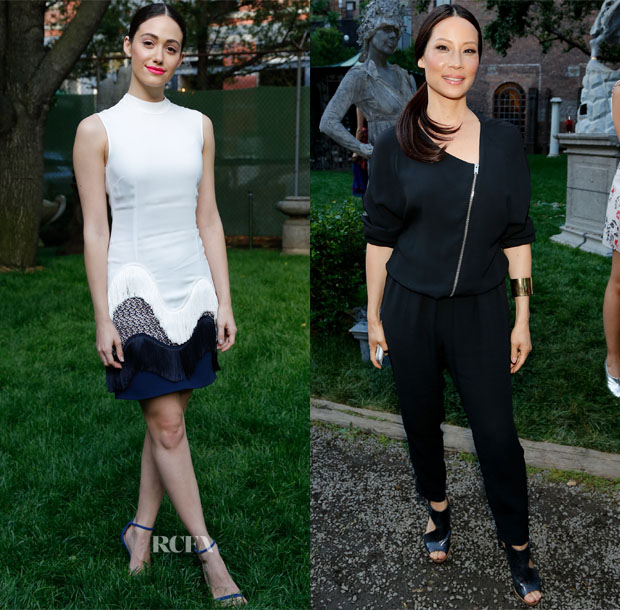 Emmy Rossum: Once again, I can’t say I like this Stella McCartney Pre-Fall 2014 white and blue dress with fringe detailing but, to be honest, I am so enamoured by Emmy’s gorgeous face, especially that hot-pink lip, and her blue Stuart Weitzman ‘Nudist’ sandals that the dress is really the last thing I notice.

Lucy Liu: As you know, Lucy’s my girl and I love jumpsuits, so I would ordinarily be going gaga over this look – but I’m not. The look fails to excite, but she looks beautiful nonetheless.

Amber Heard Was Effortlessly Chic At The...