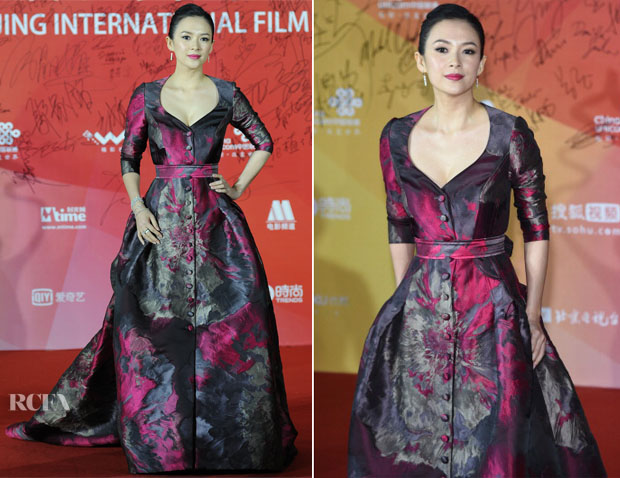 Zhang Ziyi attended the closing ceremony of the 2014 Beijing International Film Festival held at BTV Theater on Wednesday (April 23) in Beijing, China, where she picked up her 10th best actress award for ‘The Grandmaster’.

The actress wore a dramatic Carolina Herrera Pre-Fall 2014 jacquard trench gown with an elegant, full-skirted silhouette, patterned with a multicoloured rose print and tailored with an open neckline.

This head-turning look is a bold move for Ziyi, who started this festival in a soft hue. I love how daring and dramatic this look is without being over the top or forgoing its femininity.

A neat updo and complementary fuchsia lip rounded out her look.