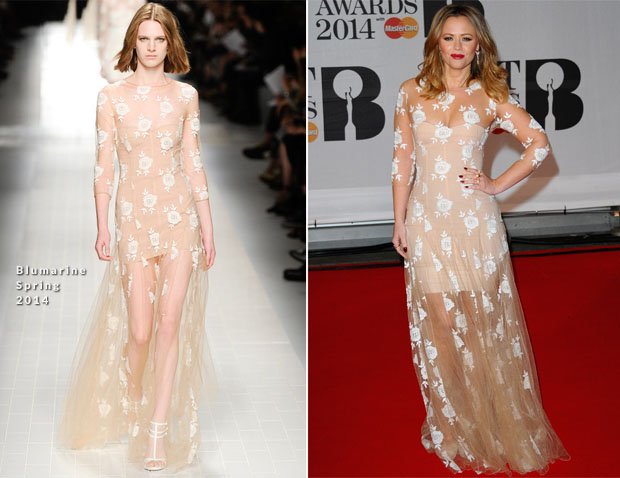 Firstly, because it’s yet another sheer gown, and secondly you may remember that we’ve seen this dress twice before.

Kacey Musgraves wore it first back in November for the CMA Awards, and then young Bella Thorne wore it just a few weeks later to ‘The Hunger Games: Catching Fire’ LA premiere.

I have a feeling this won’t be the last we see of this frock on the red carpet.

Note to celebs; there are 38 other looks in this collection.