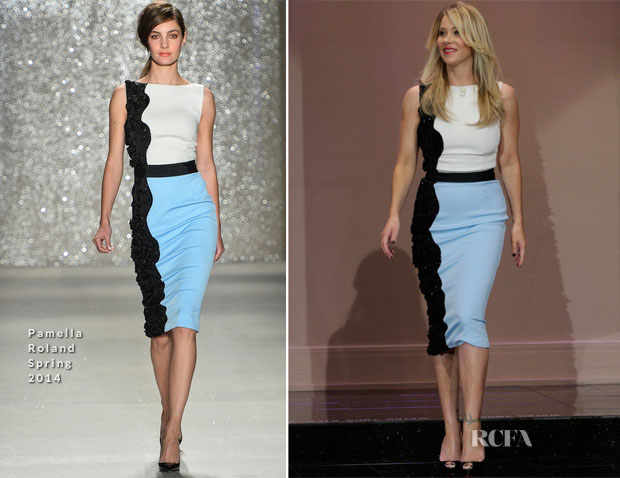 Christina Applegate made a humorous appearance on ‘The Tonight Show with Jay Leno’ on Wednesday (December 18), where the ‘Anchorman 2: The Legend Continues’ actress showed off her mandolin-playing skills, which she learned for the comedy film’s sequel.

The actress wore a tri-colour dress from Pamella Roland’s Spring 2014 collection, which she paired with black peep-toe pumps.

The beige, sky-blue and black number would have been rather standard, had it not been for the wavy black side panel that cut through the frock, accentuating it with a fun bit of beading and embellishment.

She topped off the look with a bright magenta lip and straight, face-framing tresses.