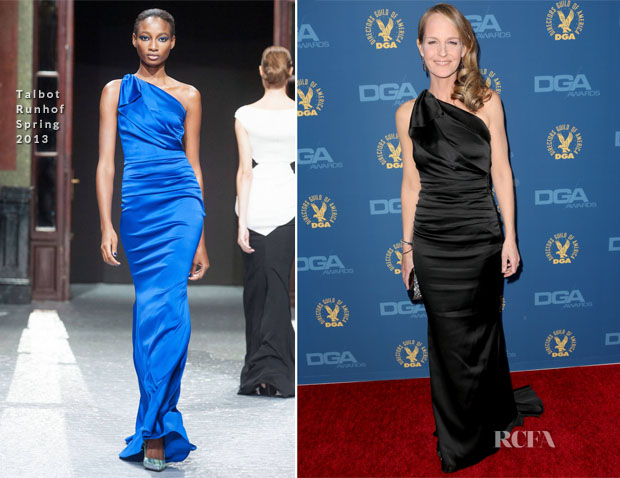 While some stars cut things short in abbreviated cocktail frocks at the 2013 Directors Guild of America Awards, Helen Hunt went long when she walked the red carpet yesterday evening at The Ray Dolby Ballroom at Hollywood & Highland in California.

This one-shoulder silhouette has become a bit generic, as we’ve seen it on so many red-carpet occasions. The shape was flattering, though.

Done in black, the shade was safe and sophisticated, of course. But I would have rather seen Helen in a vibrant hue like the electric blue from the runway.

An Edie Parker clutch and side-swept waves completed the look.