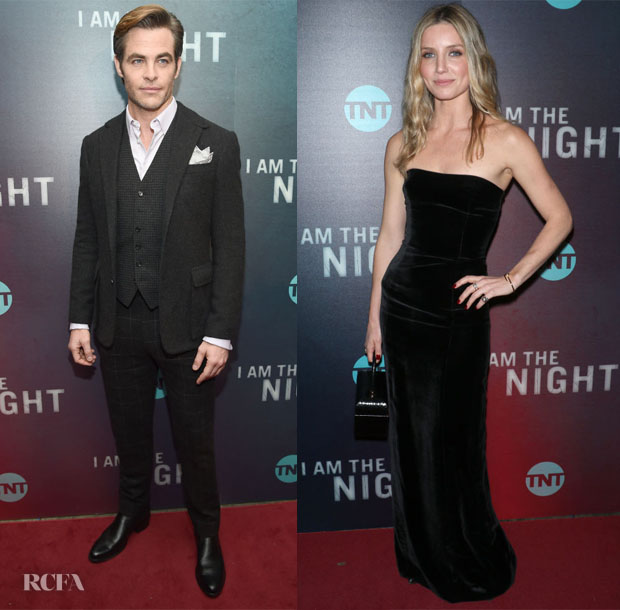 ‘I Am the Night’ is an upcoming six-episode limited television series starring Chris Pine and directed by Patty Jenkins, which premiered in New York City on Tuesday (January 22).

Chris Pine: Between the textured vest and checked trousers, I was able to look beyond those dashing movie-star looks to remind interested in this smart Ralph Lauren look. The Frye Company’s ‘Grady’ boots completed his look.

Annabelle Wallis: The British actress joined her beau, but allowed him to shine by keeping things simple in a Gabriela Hearst Fall 2018 velvet column dress styled with Gabriela Hearst’s ‘Mitchell’ bag. I totally understand the whole premise of this look, yet I still feel like something is missing. A necklace perhaps?