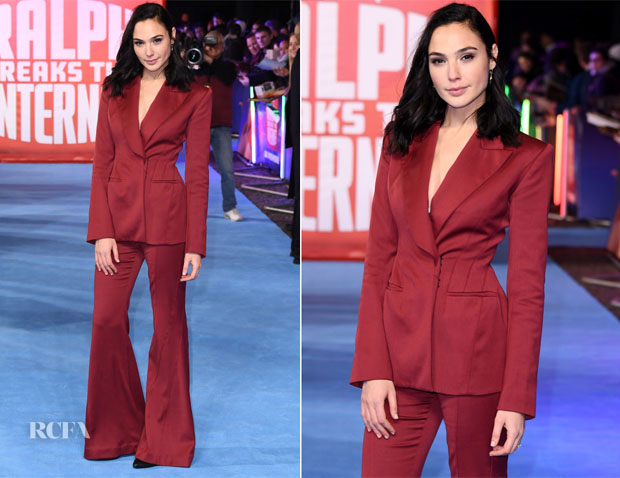 Gal Gadot was in London on Sunday (November 26) for the premiere of ‘Ralph Breaks The Internet’ held at The Curzon Mayfair.

Strong silhouettes define Mugler tailoring as demonstrated in this two-piece.

In a vivid maroon hue, it contrasts padded shoulders and sharply peaked lapels with a cinched-in waist for a flatteringly slim fit.

As contemporary as this look is, I wish the fabric had been as sleek as the sharp cut of this suit.