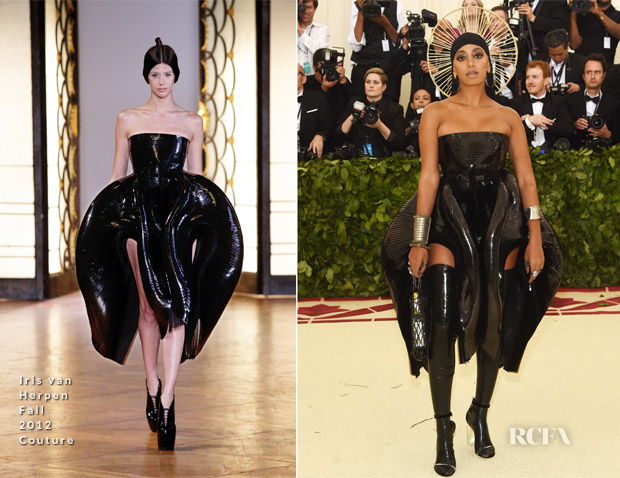 Before attending the 2018 Met Gala on Monday (May 7) in New York City, Solange Knowles polled her fans as to which of five looks she should wear.

Now, I would have never put this avant-garde Iris van Herpen Fall 2012 Couture in the same category as tonight’s ‘Heavenly Bodies’ theme, as the PVC-sculpted look was far more galactic and space-agey to me.

But, even despite the equally edgy over-the-knee boots, Solange molded the look into an image with religious undertones, given the addition on the nun’s habit and face halo.

Did it work for you?