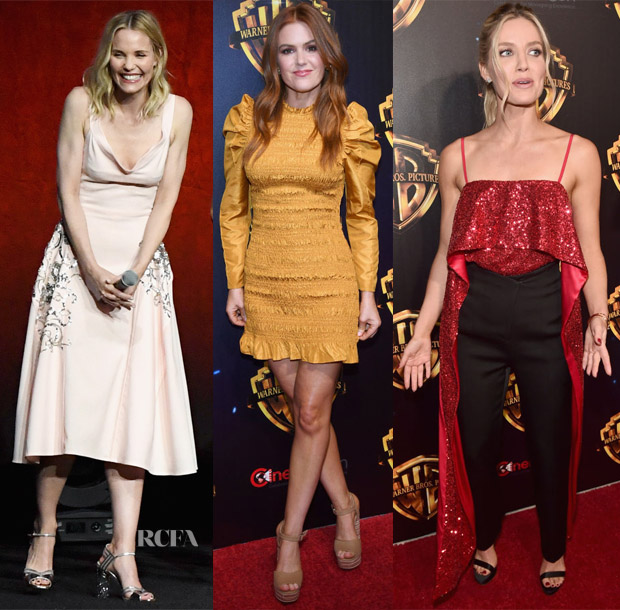 There was a lot of fashion to discuss at ‘The Big Picture’ CinemaCon presentation of ‘Tag’ on Tuesday (April 24) in Las Vegas, Nevada.

Leslie Bibb: The model-actress was pretty and prim in Adeam Spring 2018. I wish the sweet style was just a few shades darker so it would be more flattering or that she wore the original runway version. Nicholas Kirkwood ‘Zaha’ sandals played off the embellishment in the frock while adding a modern sentiment.

Isla Fisher: She showed some leg in Ulla Johnson. This mustard collar is marvelous with her ginger hair and the gathered shoulders play off the smocked detailing along the base of the dress. The platform sandals contributed to the summery feel.

Annabelle Wallis: The British actress went for a fashion-forward look in Prabal Gurung Fall 2018. While I like the idea of a masculine-feminine mix, the proportions feel off. Additionally, the closure on the trousers gives them the appearance of having a poor fit. 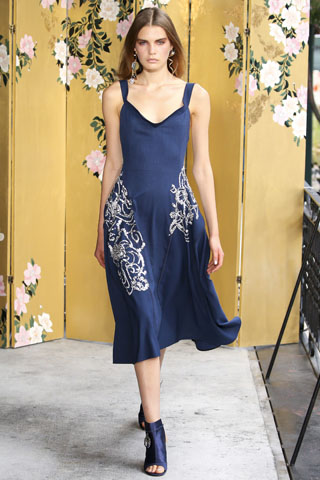 10 Responses to ‘The Big Picture’ CinemaCon Presentation of ‘Tag’