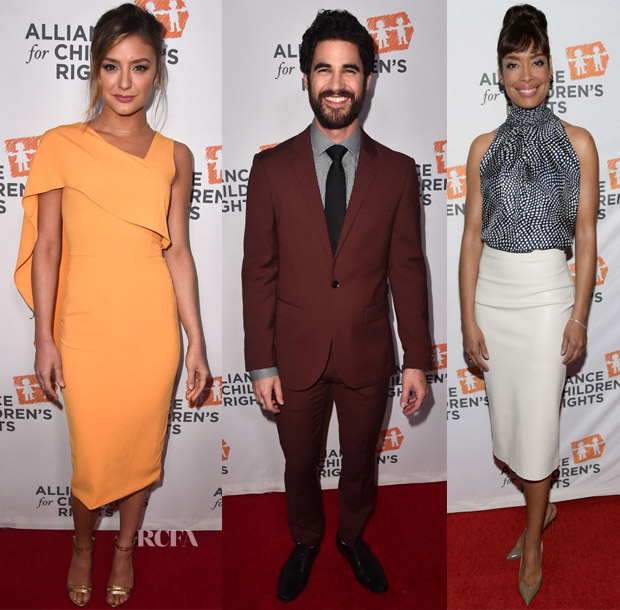 A bevy of beauties stepped out at The Alliance For Children’s Rights 26th Annual Dinner on Wednesday (March 28) in Beverly Hills, California, joining Lisa Edelstein.

Christine Evangelista: ‘The Arrangement’ actress made a cheerful statement in a golden yellow dress. The formfitting silhouette was enlivened with a draped shoulder detail that extended around to the back. It proved that a sunny hue and well-chosen details can be just as impactful as head-to-toe embellishment.

Darren Criss: Forgoing black or brown, the ‘American Crime Story: Assassination of Gianni Versace’ actor cut a dapper figure in a slim oxblood suit. Coupled with the gray shirt and black tie, it was a striking combination. It’s too bad about the fit on the trousers as they appear to be pulling.

Gina Torres: The ‘Suits’ actress showcased her statuesque beauty in separates. The sleek pencil skirt paired with the polka dot blouse have a refined elegance and celebrated the new season. 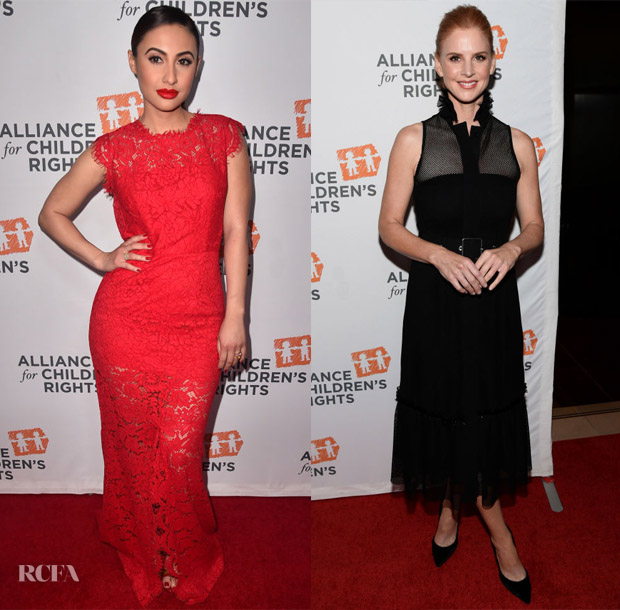 Francia Raisa: The ‘Grown-ish’ actress smoldered in a Rachel Zoe Spring 2018 gown, Marskyyppy sandals and Ararat jewels. It’s the most formal of the looks, but she carries it off. She looks so ravishing and is working the slinky lace style to full effect.

Sarah Rafferty: Another ‘Suits’ beauty, the actress kept things chic in all-black. The dress was brimming with details. The design is great, but I would have liked to see it in another colour that better accentuated her hair and complexion.