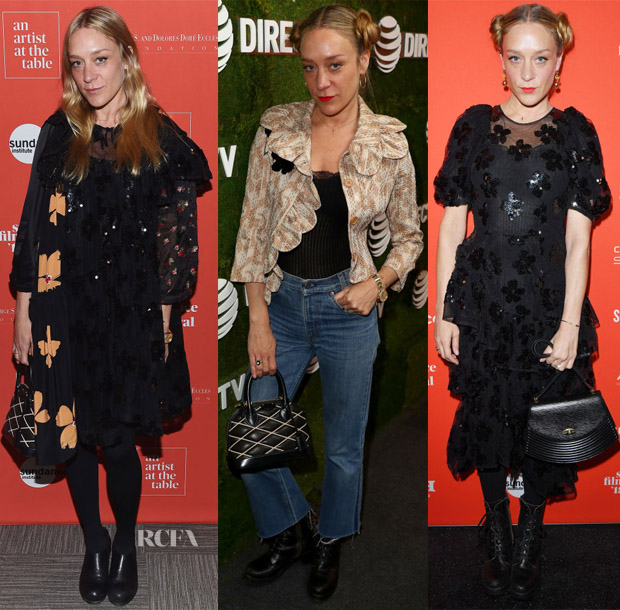 Chloe Sevigny has also been making the rounds at the Sundance Film Festival with appearances at three different events in three different Simone Rocha Spring 2018 looks.

An Artist at the Table Event: Chloe kicked off her Sundance weekend on Thursday (January 18) with something of a patchwork, mixed print look. I didn’t love the slightly muddled, baggy mood that the embellished dress was giving off, and the styling did nothing to help what became a mumsy silhouette—especially those clunky shoes. I would save the Louis Vuitton handbag, though.

DIRECTV Lodge: Channeling her inner Princess Leia hairstyle on Friday (January 19), the actress took a relaxed-casual approach that saw her back on form with this cool-girl offering. I love how the ruffles brought a fun, feminine twist to this retro-tweed, cropped jacket paired with cutoff denim and the same LV bag to finish the ensemble with polished finesse.

‘Lizzie’ Premiere: Later on Friday, Chloe paired her side buns with another embellished frock. This one was more successful, though, in that she brought her own personally rebellious side to the look, switching the lining to black and adding edgy combat boots to, well, combat the more girlish aspects of its flowers and ruffles. Adwoa Aboah wore the same dress, but styled in the manner of its original runway presentation.

Which was your favourite? 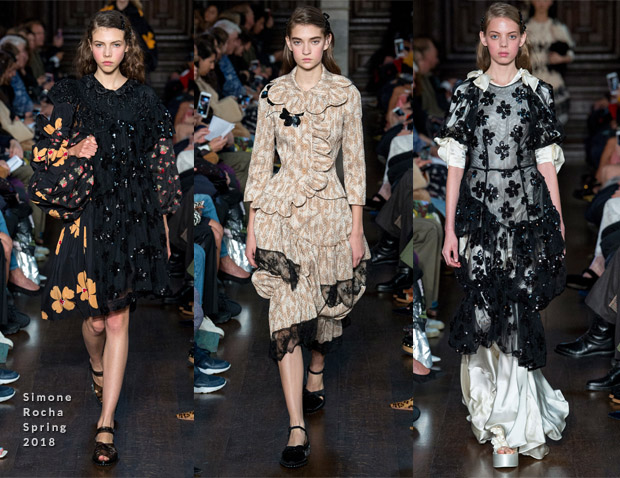 Chloe Sevigny Rocks A Mini With A Train ...