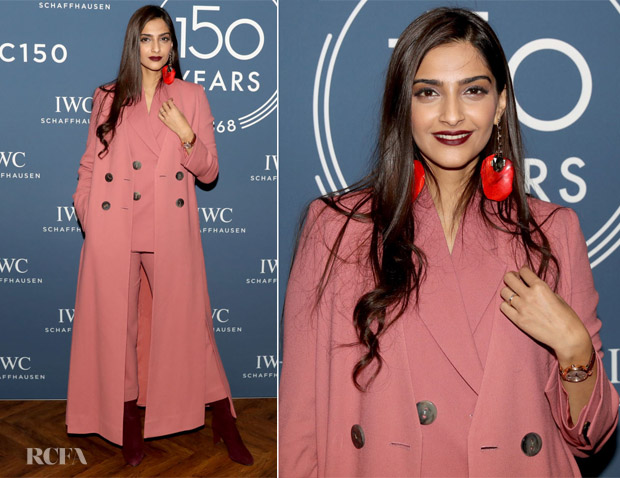 Sonam Kapoor was on hand to help IWC Schaffhausen celebrate the Maison launch of its Jubilee Collection at the Salon International de la Haute Horlogerie (SIHH) on Tuesday (January 16) in Geneva, Switzerland.

It’s never too late to jump on the power suit trend, but Sonam makes it her own by incorporating a matching duster coat.

I can’t say I’m a fan of the red earrings, but I do love the wintery Bordeaux hue of her boots, which matched her lip. 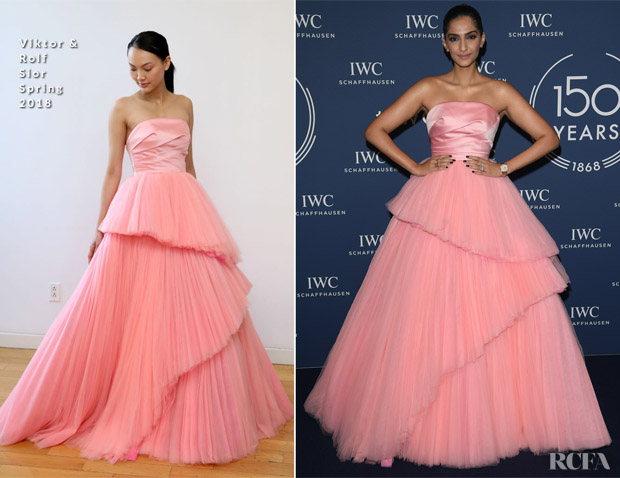 If you’re having a case of deja vu, that’s because Zendaya Coleman wore the black and red version late last year during her promo tour for ‘The Greatest Showman’.

Are you not fussed to see this gorgeous gown again – albeit in a different colour? Or do you wish someone with Sonam’s sartorial style hadn’t served up something so familiar?

Repossi jewels along with an IWC timepiece completed her look.

Lizzo In Dundas – The BRIT Awards ...

Lizzo In Moschino – The BRIT Award...