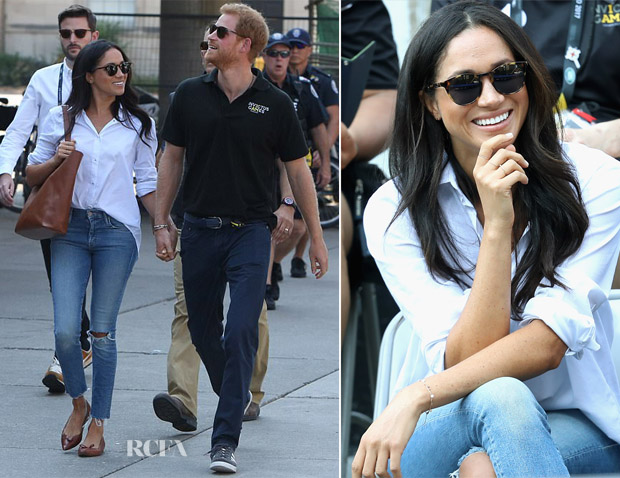 ‘Suits’ actress Meghan Markle was spotted hand in hand with Prince Harry as they made their way to Wheelchair Tennis match during the 2017 Invictus Games at Nathan Philips Square on Monday (September 25) in Toronto, Canada, which marked their first official appearance together as a couple.

While she was simply wearing a white Misha Nonoo shirt, Mother jeans, Finlay & Co. Percy sunglasses and Sarah Flint’s ‘Natalie’ vacchetta flats to match her Everlane leather Market tote, if you delve a little deeper Meghan appears to be sending us cryptic messages.

You see, her – now sold out – shirt is named ‘The Husband’ and the jeans ‘Love Gun’, which are also sold out.

Could an announced be not far off?

Either way they are an adorable couple.