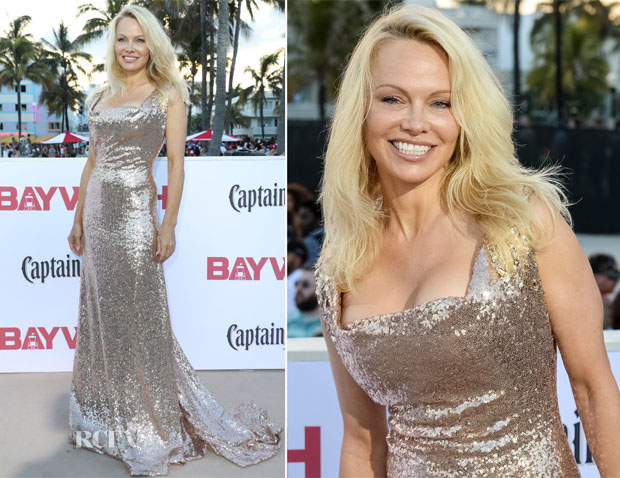 At the ‘Baywatch’ premiere, which made it’s world debut in Miami on Saturday (May 13), no doubt the belle of the ball was the woman who put the red swimsuit in history books.

The actress, who makes a cameo in the film, arrived sans jewelry and practically bare faced lending a girlish effect to the overall look and giving us all 90’s nostalgia of a young C.J. Parker.

Somehow, even the ever enigmatic and avant-garde Westwood still managed to give prom-like feels on Pamela Anderson; but it works.

Beautiful, bright and anything but demure it is Pamela Anderson at her core.

Posted by Catherine Kallon on May 15, 2017 In: Premiere, Vivienne Westwood