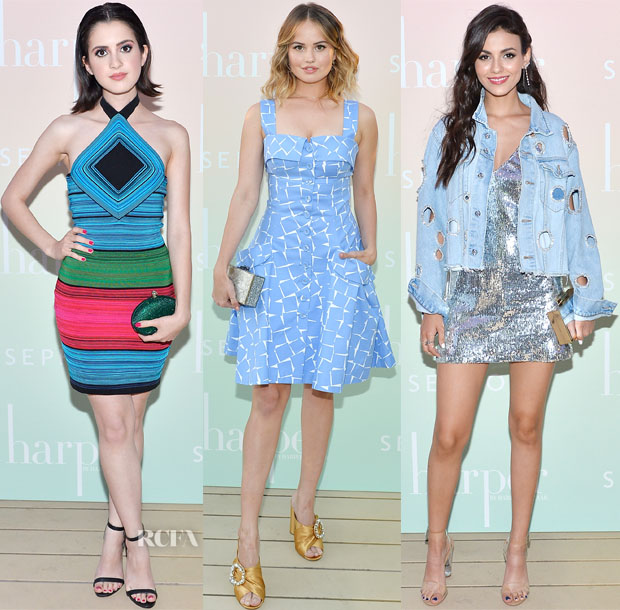 Other starlets joined Emily Robinson for the harper x Harper’s BAZAAR May Issue Event on Wednesday (April 26) in LA.

Laura Marano: I love the colourful vibrancy of this Balmain bandage-inspired dress. What I didn’t love so much was Laura’s slicked-down hair and heavy makeup, as this beauty approach was too forced and mature for the bright young actress.

Debby Ryan: With a fresher outlook, Debby was darling in a sky-blue patterned Carolina Herrera frock styled with a silvery-gray Edie Parker clutch, only leaving me to question why not echo a silver or blue shade in her shoes?

Victoria Justice: She covered off on every era in this ensemble—from her ’70s-inspired sparkling sequin PrettyLittleThing ‘Sharlie’ mini, to a hole-dotted denim jacket that could have been ripped straight from the ’90s, and Lucite heels hearkening back to the ’80s. And, despite its OTT essence, she surprisingly wore it with a sense of relaxed ease.