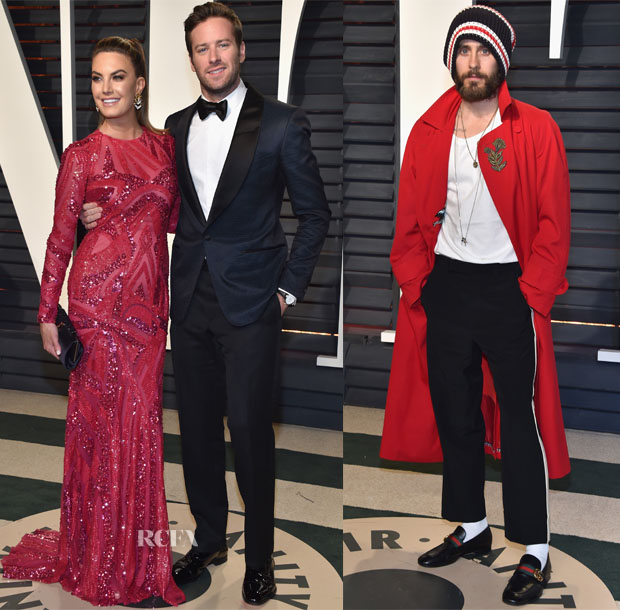 It was definitely ladies night at the 2017 Oscars parties, but a few men joined in on the sartorial parade of looks at the 2017 Vanity Fair Oscar Party and Elton John’s AIDS Foundation’s Academy Awards Viewing Party on Sunday (February 26).

Armie Hammer: Sleek and sophisticated, the actor dressed to impress in a Tom Ford tux styled with a Montblanc timepiece, but it was his wife, Elizabeth Chambers, who really put on the glitz in this berry-hued Monique Lhuillier Resort 2017 embellished gown.

Jared Leto: We can also rely on Jared to keep us on our toes, and he did just that with this Gucci Spring 2017 ensemble paired with Gucci black leather GG Marmont loafers. With the craziness of this spitfire look, he obviously wanted to stand out from the crowd—and that he did. 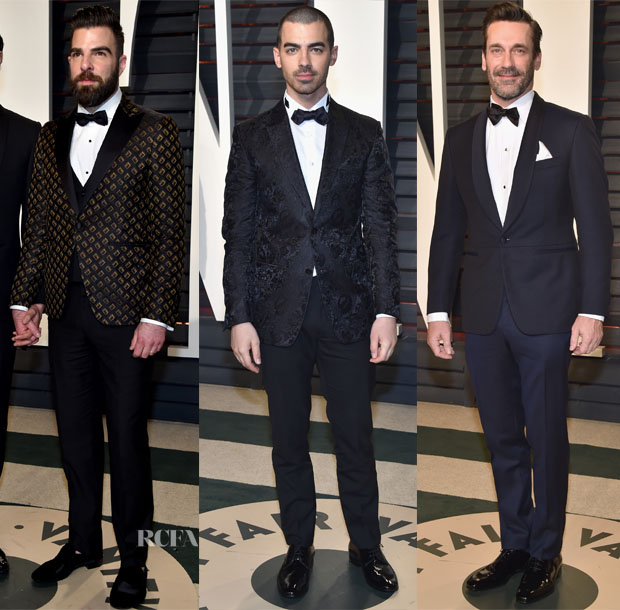 Zachary Quinto: Attending with Miles McMillan, the dapper star suited up in a decoratively patterned dress jacket paired with Giuseppe Zanotti loafers. It was a nice twist on the standard tux.

Jon Hamm: Sticking with tradition, Jon was handsome in a Canali tuxedo with Montblanc cufflinks. 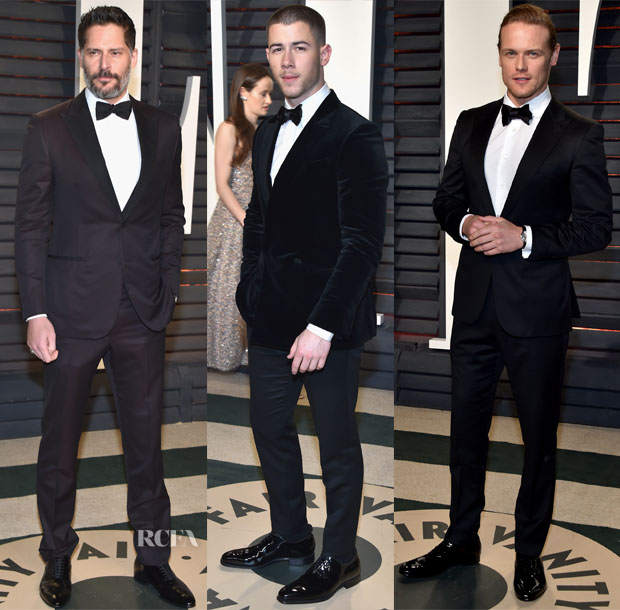 Joe Manganiello: The actor dressed up in an Ermenegildo Zegna tux that was suitably polished for the occasion.

Nick Jonas: Also wearing an Ermenegildo Zegna Couture look, he put the plushness of velvet to work in his.

Sam Heughan: And, Ermenegildo Zegna received yet another showing in this crisp black tuxedo.

With a sea of tuxes, and one wild child rebel… who was your favourite?