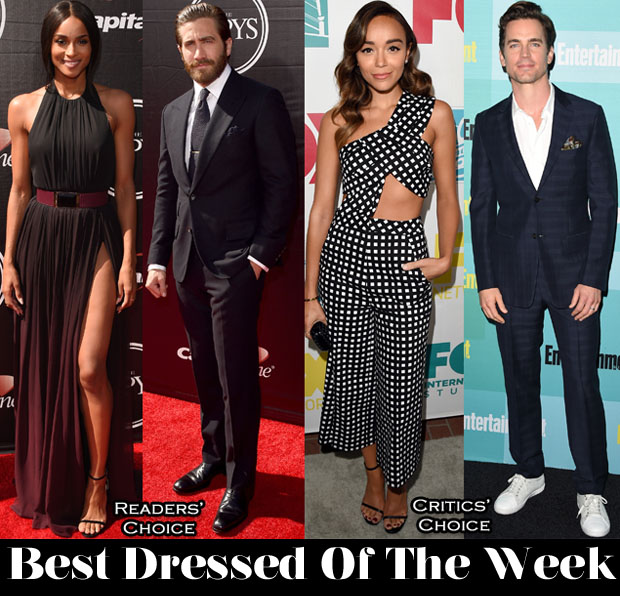 It would appear that the ESPYs were your best dressed event last week, as you selected supreme elegance of Ciara in Elie Saab and the suave sophistication of Jake Gyllenhaal in Tom Ford.

I was more enamoured by Ashley Madekwe in Self-Portrait and Matt Bomer In Ermenegildo Zegna Couture who both attended Comic-Con.

There were plenty of laidback looks at Comic-Con, but Ashley’s was oozing with chic finesse making her stand head-and-shoulders above the rest.

The suit and sneakers pairing isn’t always my favourite combination, but going sans tie helped Matt pull of this look.