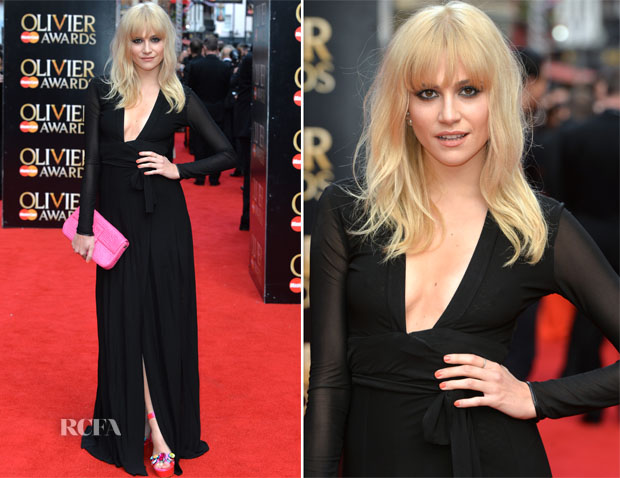 The singer wore an Issa black maxi dress in a classic silhouette with minimal details, so she added pops of pink via her Fendi clutch and Sophia Webster ‘Nicole Amanda’ gem sandals.

Pixie has been undergoing a style shift of late, so while I like this more grown up, sultry look from her, I love how accessories showcase her personality and playful side.