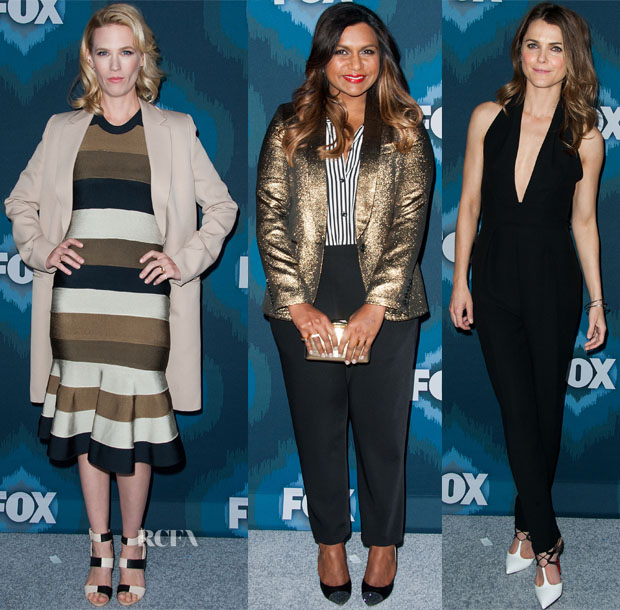 Here’s a roundup of the looks from the FOX Winter TCA All-Star Party at the Langham Hotel on Saturday (January 17) in Pasadena, California, which was also attended by Becki Newton and Jennifer Lopez.

January Jones: The ‘Mad Men’ actress opted to complement her strappy dual-colour sandals with her stripy Herve Leger flounced-hem dress. While the coat gives this look a sophisticated stance, I am still curious to see this without the outerwear.

Mindy Kaling: I can’t say I’m a huge fan of Mindy’s new ombre do, but I love the shimmer and shine reflecting off her gold metallic Smythe blazer, which she styled with a striped The Kooples shirt and Zero + Maria Cornejo ‘Tabi’ tapered trousers. Jerome C. Rousseau Gilliam pumps and a Kotur clutch accessorized her look.

Keri Russell: The actress stuck to her favoured colour, black, donning a jumpsuit featuring a deep sexy plunge. Breaking up the dark hue, she styled her look with a pair of white and black Louboutins, which create a stark contrast, but not an effective one in my eyes. 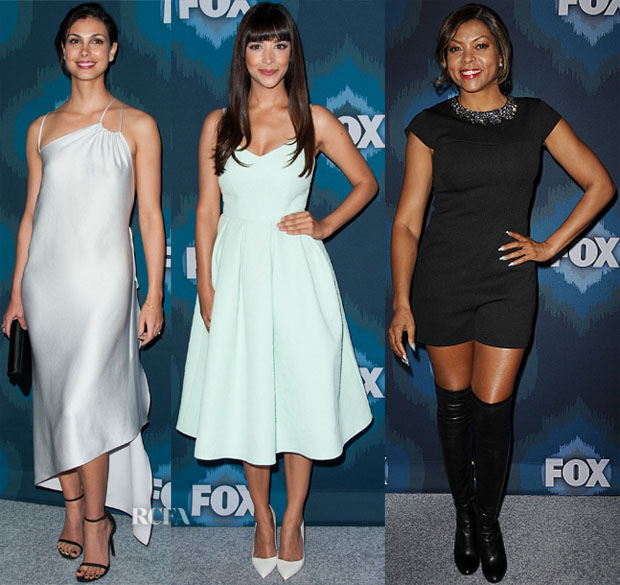 Taraji P. Henson: The ‘Empire’ star wore a sexy short black jumpsuit featuring a decorative neckline. I can’t say I’m a huge fan of the over-the-knee boots, but she makes them work for her.