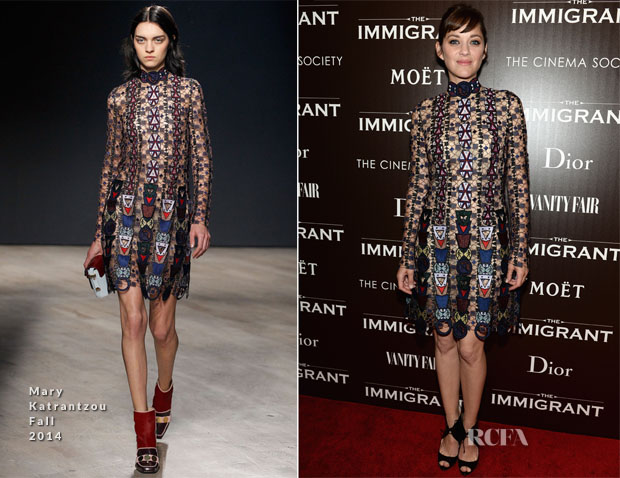 Marion Cotillard attended the Dior & Vanity Fair with The Cinema Society premiere of ‘The Immigrant’ held at The Paley Center for Media on Tuesday (May 6) in New York City.

The actress surprised me by wearing a Mary Katrantzou Fall 2014 lace dress. Rendered in a specially commissioned Swiss lace, the long-sleeved dress features a geo-stripe lace body with a mixed badge-and-symbol lace overlay at the skirt.

Why am I surprised? Because she’s not wearing Dior. The surprise is extended when you consider that Dior were hosting the event.

Now back to the frock.

I’m excited to see Marion give us something more adventurous in an attempt to turn around her ‘Magnifique to Tragique’ award of 2013.

It’s been too long since we saw her in something with a bit more character and drama. Let’s hope this is the start of something new. 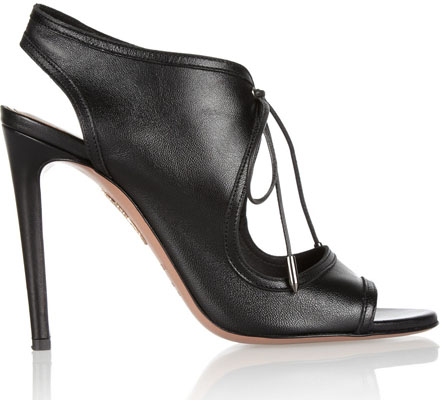 You can buy Marion’s Aquazzura ‘Chelsea’ Sandals from Net-A-Porter.com.

Posted by Catherine Kallon on May 7, 2014 In: Marion Cotillard, Mary Katrantzou, Premiere, Runway To Red Carpet