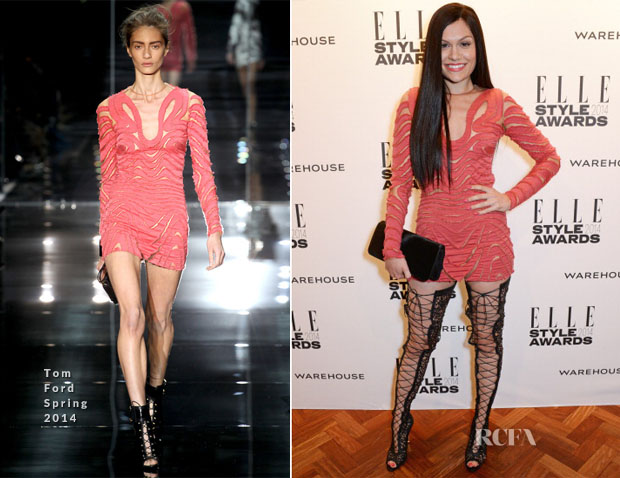 Wearing a figure-hugging Tom Ford Spring 2014 fuchsia mini dress with swirling cut-out details and dramatic thigh-high lace-up boots, Jessie made sure all eyes were on her. But for the right reasons? Sadly for Jessie, I think not.

The dress on its own is actually quite stunning and cut with great skill, but the boots are just too dramatic and completely jar with the pretty qualities of the dress.

While I like the velvet clutch, it would be much more suited to a gown rather than sexy body-con number.

To finish, Jessie wore a long black wig and minimal make-up but they did little to save this look.