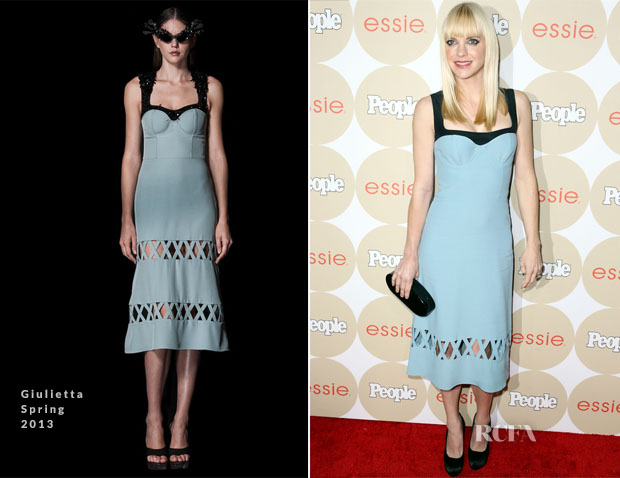 The actress wore a figure-hugging Giulietta Spring 2013 dress which has been modified from the look book.

Her version doesn’t feature the ornate beading on the black straps, nor does it have a second tier of open-lattice inserts on the skirt.

She styled the look with a H. Stern ring, black Edie Parker clutch and snooze-worthy pumps, opting to keep her blonde tresses sleek and straight.

You may remember that Debby Ryan wore this same dress to the 2013 Los Angeles Film Festival premiere of ‘The Way, Way Back’ in June.