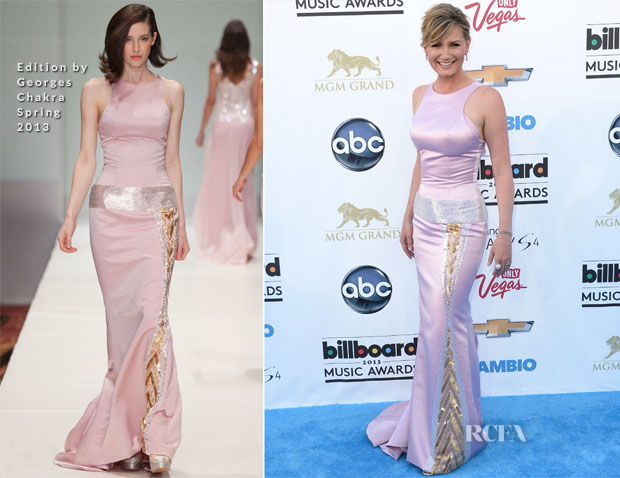 Jennifer Nettles returned to the red (ahem, blue) carpet of the 2013 Billboard Music Awards, hosted this evening at the MGM Grand Garden Arena in Las Vegas.

For her presenter duties, the Sugarland singer and new mom selected an Edition by Georges Chakra Spring 2013 gown.

This figure-hugging, cotton-candy-pink creation probably would not have been my first pick for her to make her svelte and glowing return. The gown’s pastel hue is a hard one to manage and, when photographed, it gave off a satin sheen that I didn’t love.

As for the glitzy sequin embellishment, it all translated as a bit too garish for my taste. Actually, it sent me straight to pageant-land.

Posted by Rachel Watkins on May 20, 2013 In: Billboard Music Awards, Edition by Georges Chakra, Jennifer Nettles, Runway To Red Carpet