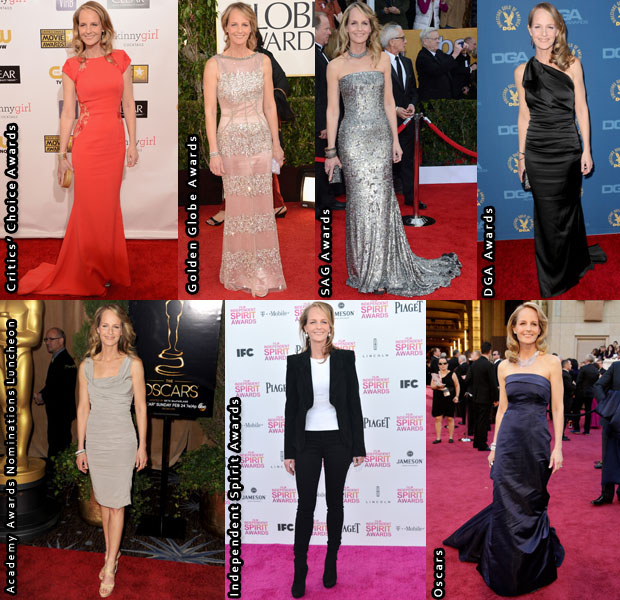 Helen Hunt had an amazing start to awards season, wearing a Philip Armstrong Atelier gown to the 2013 Critics’ Choice Awards – which was my favourite from the actress.

She dazzled in Dolce & Gabbana at the Golden Globes and in Romona Keveza at the SAG Awards, was classic in black Talbot Runhof at the 2013 DGA Awards; turned to Dolce & Gabbana again for the Academy Awards Nominations Luncheon, kept it chic in a menswear inspired look at the Independent Spirit Awards, but she threw all her hard work down the drain at the final hurdle at the 2013 Oscars.

The blue – considerably creased – H&M gown will go down in history as one of the worst-ever Oscar gowns.

Who Was Your Best Dressed The BRIT Award...

Who Was Your Best Dressed At The Vanity ...

Rosie Huntington-Whiteley In Helmut Lang – Out In Beverly Hills

8 Responses to Which Was Your Favourite Helen Hunt 2013 Awards Season Look?