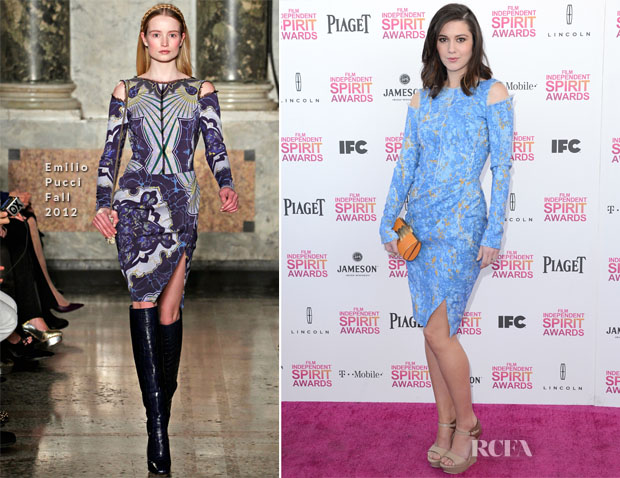 Mary Elizabeth Winstead was one of many stars who took to the red carpet at Santa Monica Beach in California for the 2013 Film Independent Spirit Awards this afternoon.

She wore a light blue summery Emilio Pucci frock, which is from the Fall 2012 collection.

Sporting funky cut-outs in the shoulders and a slit on the hemline, her sexy dress also featured a gathered detail at the waist which swept from left to right.

While I like her mustard clutch, her Greymer leather wedges aren’t so complementary with the rest of her look.

Naomi Scott Is A Pucci Princess For R...

Quirky Katy Perry Comes Out To Play For ...