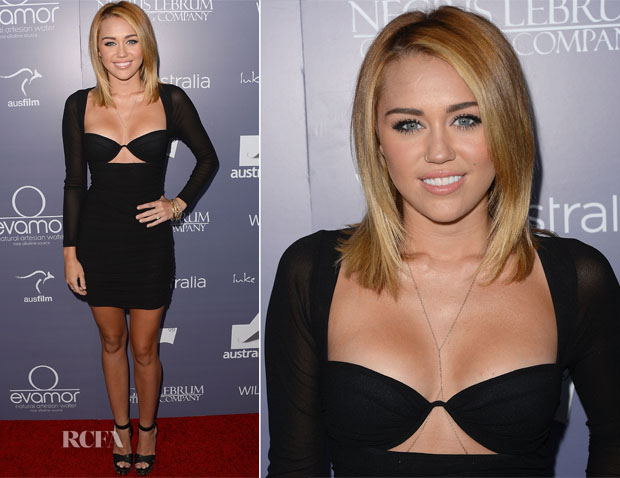 This is the first time the couple have attended an event together since they announced their engagement a few weeks ago.

The risqué LBD leaves me feeling like she’s wearing a dress with an open top revealing her bra, but the bralet is actually built into the dress.

Miley’s not a kid anymore and while she has been going for more demure red-carpet looks lately, I have to say this sexy LBD totally works for her.

Her hair and makeup, which are often a deal breaker, were flawless on this occasion too.

Miley Cyrus: Back to Back Black