I don’t think I need to go into how horrific and ridiculous this look was, but I will say that these catsuits are very old news.

Here’s what Cheryl had to say to Capital FM about her catsuit:

“I was really lucky enough to have it made by a woman called Pam Hogg – who specialises in making catsuits. When you’re doing such a big event like that [Summertime Ball], it’s a stadium – we played here before with Coldplay – people at the back can’t see a thing. You know they might get the odd clip on the screen or whatever but you become teenie tiny, so I thought I’d be bold and bright and give everybody a view.”

She did that alright. 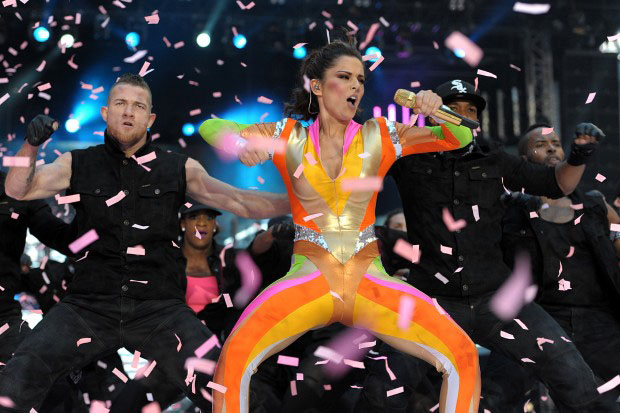 Cheryl In Rami Kadi Couture – The ...

Posted by Catherine Kallon on June 11, 2012 In: Cheryl, Pam Hogg, Runway To The Stage