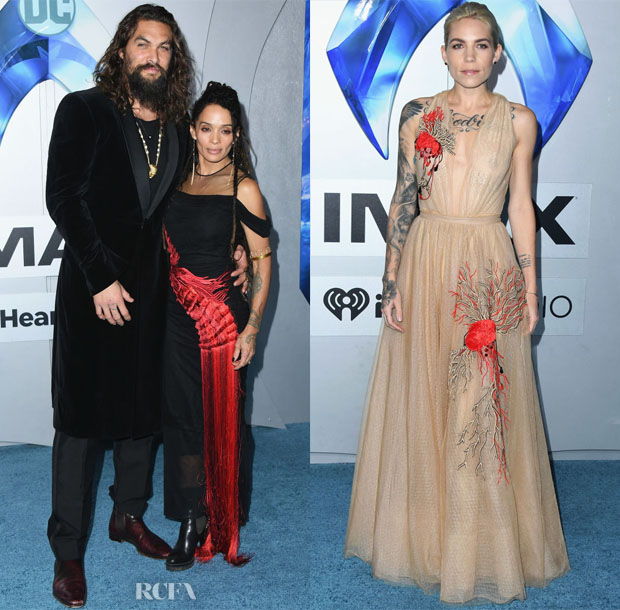 Jason Momoa: The actor is a non-conformist when it comes to red carpet dressing, but on his big night he scrubbed up well. I love how the vintage Gucci longline coat gives his look such a luxe elegant feel. A simple Rick Owens tank, Valentino trousers and gold Judicael Sacred Skulls pendant necklace completed his outing. This picture was taken before all hell broke loose and he performed the haka dance that has been popularized across the globe by the New Zealand rugby team the All Blacks, who perform it before their matches.

Lisa Bonet: The actress isn’t a regular on the red carpet, but when she makes an appearance; she makes it count. This time in Alexander McQueen’s Fall 2018 black dress with a bold red embroidered phoenix across its bodice. Also a non-conformist when it comes to her style, the actress skipped the expected high-heel for a comfortable pair of Chelsea boots.

Skylar Grey: The singer-songwriter who performs on the soundtrack of this film, had a punk princess moment in Galia Lahav Couture. It’s interesting how the embroidery translated differently on Skylar. On the model I see a red rose, but on Skylar it looks like a pulsating heart with veins. David Yurman jewels completed her look. 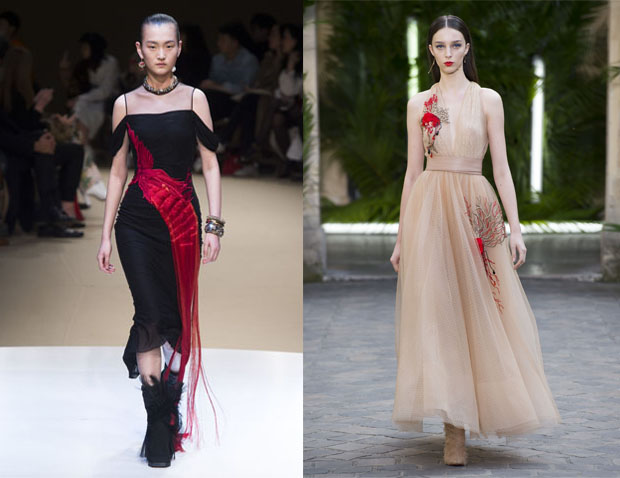