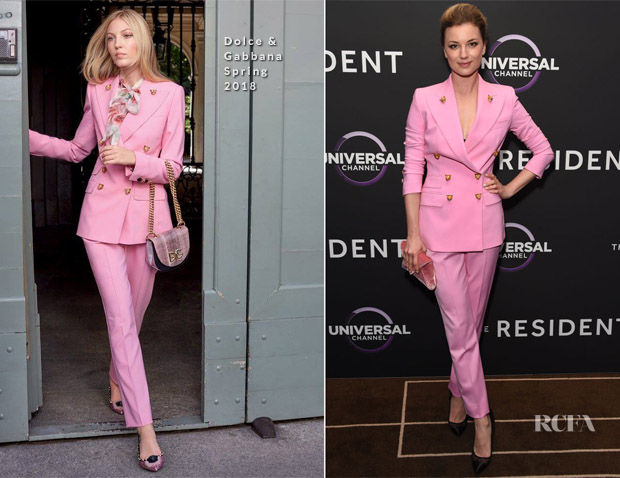 Emily VanCamp was pretty in pink at ‘The Resident’ London screening on Monday (April 9).

The former ‘Revenge’ actress opted for a more traditional silhouette with the sleek trousers and nipped waist, but added a touch of fantasy with the dainty tiger head buttons.

I get the sense that some critics might describe it as dated, especially with her choice of teased hairstyle, but the slim silhouette and open neckline keep it modern.

It was also a refreshing, softer change from the designer’s signature la dolce vita sexy looks.

What do you think of pastel suits?