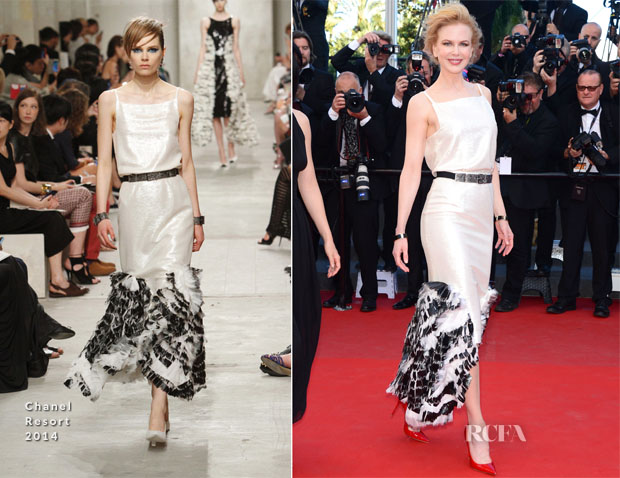 Nicole Kidman made her fourth red carpet appearance as a juror of Cannes Film Festival this evening, attending the ‘La Venus a la Fourrure’ premiere.

She’s had many BDOTY worthy moments from this festival, in fact each of the first three looks will battle for a place in my end of year list; however, this one will not be joining them.

The actress joins Tilda Swinton in selecting a look from the Chanel Resort 2014 collection.

While I don’t hate her white sequined dress with a silk tulle black-and-white ruffle hemline styled with a bejewelled belt, it didn’t leave me gasping for air like the other three.

Had it been longer, possibly. Or had it been sans ruffles, also possibly, but then the dress would have nothing dramatic to speak of. It would just be a white sequined dress, and lord knows we’ve seen plenty of those.