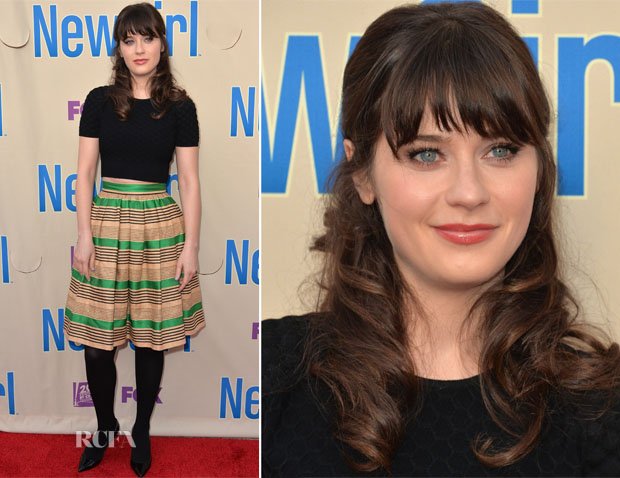 ‘New Girl’ star Zooey Deschanel walked the red carpet at a screening and Q&A for the comedy television series at the Leonard H. Goldenson Theatre in Hollywood earlier this week.

We’ve come to expect some element of quirk with Zooey, but her latest clunky style statement was perhaps too much inspired by her funny, offbeat TV character.

It started out okay with her festive Dolce & Gabbana high-waisted, pleated ribbon skirt. But the party stopped there.

Even though her black midriff-baring top was on trend, the colour and the proportion felt wrong here. The shirt almost needed to be cropped a fraction of an inch shorter to keep it from looking like an untucked tee.

A cute half up-half down hairstyle, along with a coral-red lippie, rounded out the look. 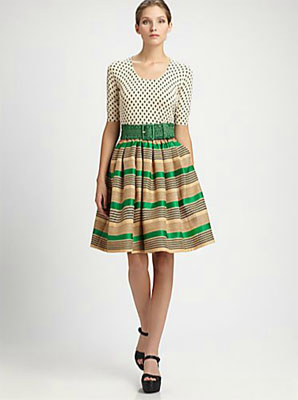 Posted by Rachel Watkins on May 3, 2013 In: Dolce & Gabbana, Zooey Deschanel