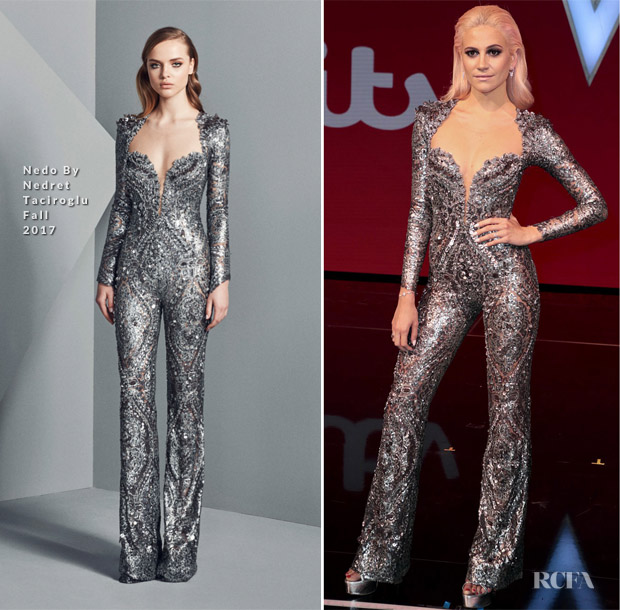 It may have been Thursday, but Pixie Lott was already channeling Saturday Night Fever at ‘The Voice Kids’ Final photocall on July 13 in London.

With a sort of futuristic-disco vibe, she brought plenty of dazzle in this Nedo By Nedret Taciroglu Fall 2017 one-piece that featured all-over embellishment and an illusion neckline.

Given this level of high-octane shimmer, her swept-back pink locks took a back seat to the boldness of her outfit.

Even though tall silver platforms were part of the equation—likely for their height—the success of this look was partly due to the minimally streamlined styling, as the jumpsuit was already head-turner enough.

Aishwarya Rai Bachchan Is A Vision In Ne...

Rita Ora Opts For Metallics For The Thom...