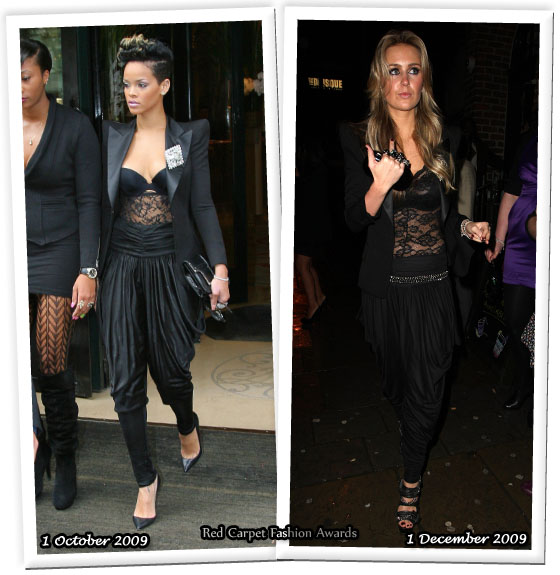 We saw many look from looks from Rihanna during Paris Fashion Week back in October.

On her way to Balmain’s Spring 2010 presentation she was spotted wearing a Balmain ensemble which included a blazer, lace bustier and satin harem pants.

This ensemble looks like it was made for Rihanna, given that she channels “edgy chic” so well.

I like the way that Rihanna has worn her trousers higher and gone without a belt, which the harem pants don’t need.

How does she always manage to turn everything she wears from Chic to Cheap?

The black lace just looks tacky on her.

The fake tan doesn’t do her any favours either.

Alex was quoted in the January 2010 edition of UK Vogue saying Balmain’s prices are “absolutely ridiculous”.

Funny then that this was the second Balmain look she’d worn in that same week.

For me this is a clear Rihanna victory. 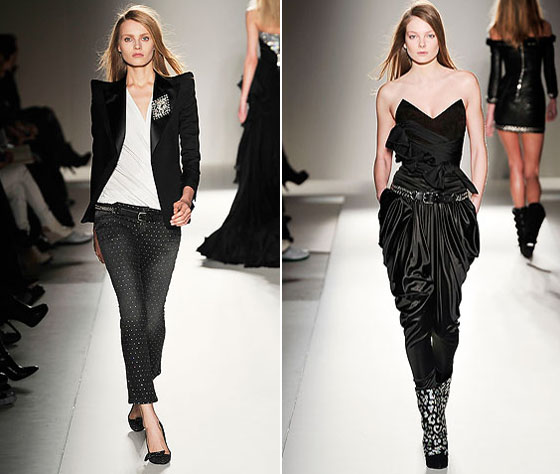 Social Event Of The Week

Posted by Catherine Kallon on December 17, 2009 In: Alex Gerrard, Balmain, Rihanna, Who Wore It Better?