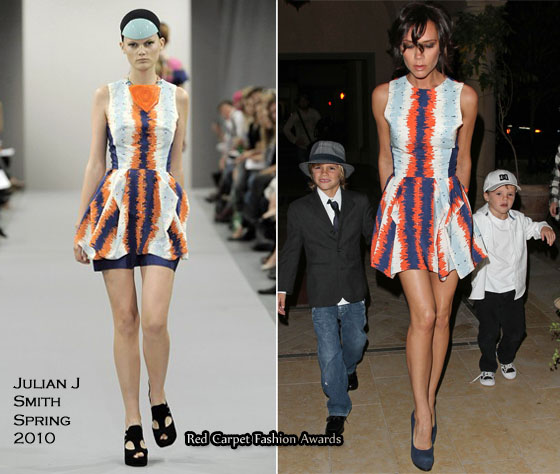 Prior to her party in London this week, Victoria Beckham was spotted out in LA with her boys wearing a very cute colourful mini Julian J Smith Spring 2010 dress with her curly bob, and blue suede YSL Trib Two heels.

Julian J Smith is a British designer who presented his first collection during London Fashion Week back in September, now he has one of the most photographed women in the world wearing his designs.

What a huge honour for him. 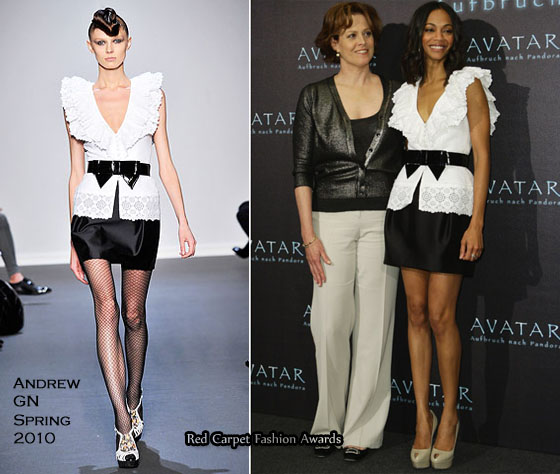 Sigourney looked sophisticated wearing a metallic cardigan paired with wide-legged pants, whilst Zoe opted to show off her stunning legs.

Zoe wore one of the cutest pieces from Andrew GN’s Spring 2010 collection.

I love the crocheted top with a ruffled collar and black patent bow accent which complements her mini black satin skirt.

The look is teamed with a pair of beige Serigo Rossi platform heels. 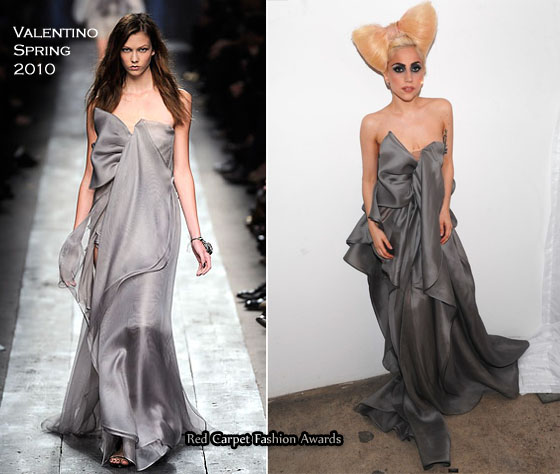 I love the dress, but she wears it too low down, and it gives her a look of having droopy boobs. 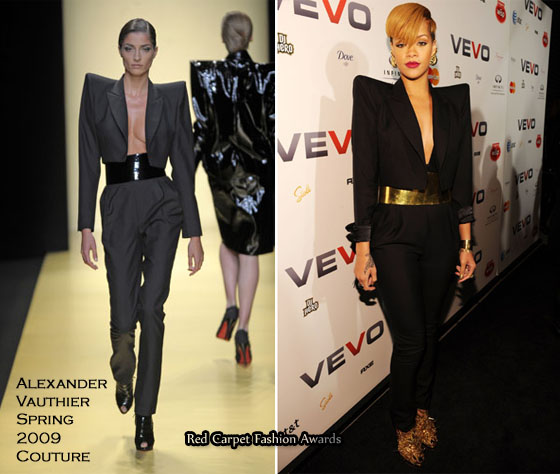 Even though many are over the bold shoulder trend Rihanna is still championing the look.

It seems like she just can’t get enough of spikey pieces either. 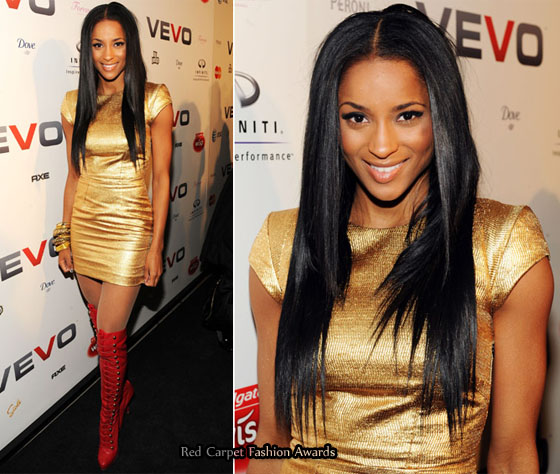 Ciara is such a lovely girl, with an amazing figure.

Her gold dress is outstanding, as it hugs that super toned body I’m so jealous of.

What I’m not jealous of are those red Louboutin thigh high heels.  They are cringe-worthy to say the least. 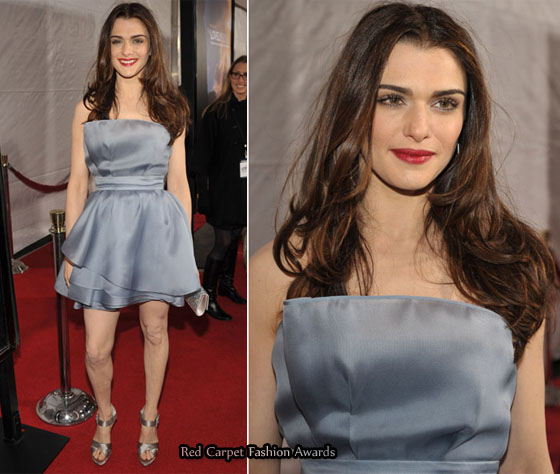 Some might of opted for a neutral lip colour, but Rachel was bold enough to wear this floaty dress with bright red lips.