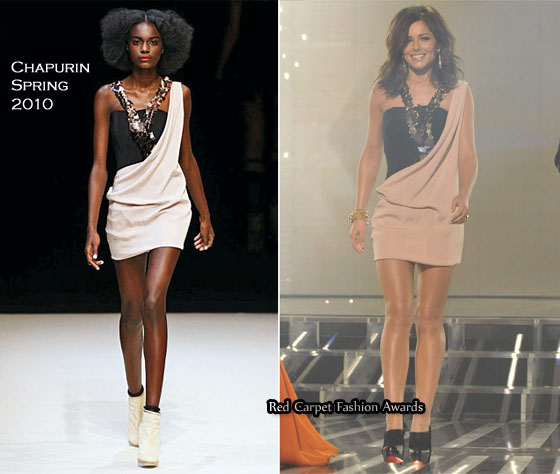 The first thing I noticed when Cheryl Cole took the stage on Saturday nights X Factor was her shorter hair.

Normally when it comes to hair on this show I’m more interested in Dannii’s forever changing styles.

Cheryl normally doesn’t leave her home without an added 200g of hair extension, so why the sudden shorter style?

The dress looks like it was paired with a large statement necklace on the runway, but as Cheryl sports the same style and it leans in the same way as the runway, I think it’s safe to say this is actually part of the dress.

I love this dress, but the black Louboutin ankle boots aren’t doing it for me…I’m sure you’ll be surprised to know that. 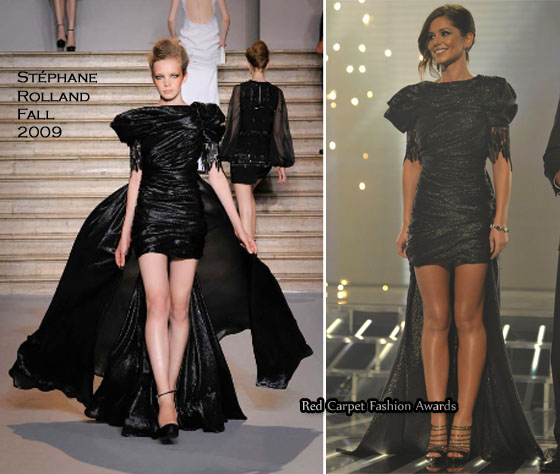 This time she opted for a dress from the Fall 2009 Couture collection.

Her black lame short dress had an amazing train and voluminous sleeves.

It may have seemed a bit OTT for some of you, but it had just the right amount of drama for me.

Her hair was pulled back on this occasion with a few pieces framing her face.

She finally ditched those ankle boots for a pair of Pierre Hardy chain detailed heels.