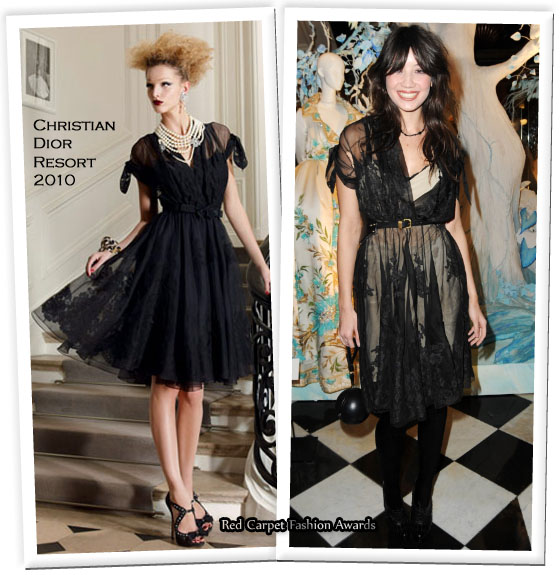 The tree design was created by John Galliano, so it should be no surprised that the young model is wearing a piece from John Galliano’s Christian Dior Resort 2010 collection.

The surprise is that she made this lace Dior dress look so ordinary.

As with most things Dior and McQueen related, I’m going to refer to Dita von Teese.

Without a shadow of a doubt, Dita would’ve worn this dress in the same coquettish manner as presented on the runway.

I do like the way Daisy wore the dress with a nude underlay to show off the lacey details, but that’s were the love ends for me. 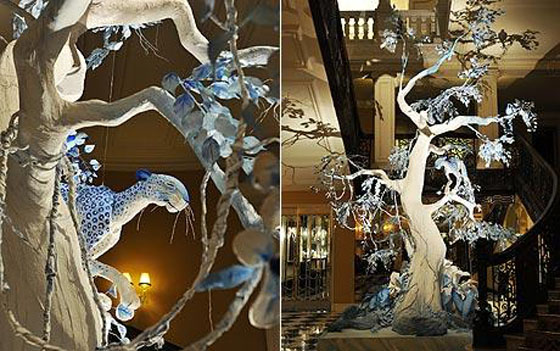 This is the first time in Claridge’s hotel 112-year history that it’s teamed up with a fashion designer to create it’s Christmas tree.