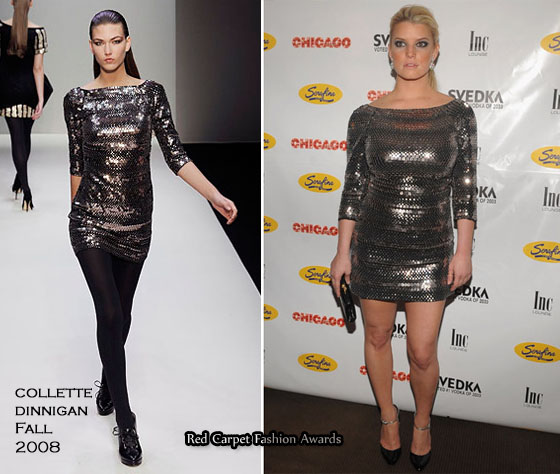 Being the supportive sister Jessica Simpson is, she attended younger sister Ashlee Simpson’s Broadway debut of the musical ‘Chicago’.

After the show she also attended the after-party held at the Inc. Lounge in The Time Hotel, New York.

The singer was wearing a dress from Taylor Swift’s favourite designer – Collette Dinnigan.

I’m so happy she never gave into the taunts about her weight. Life’s not all about being a zero 0 and moody because you’re so damn hungry. 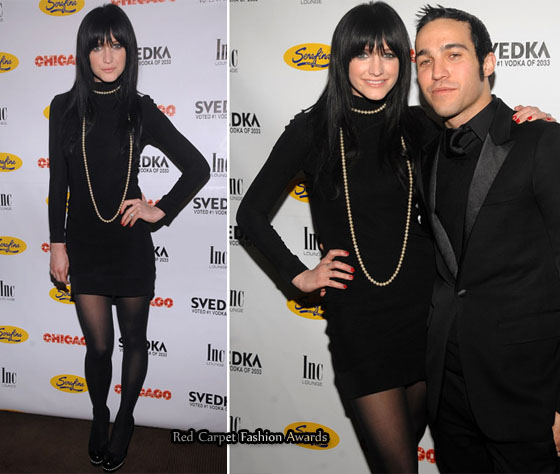 Ashlee Simpson opted for an all black Gothic look, with a pearl necklace and Chanel pearl accented pumps.

I so loved her as a red.  She’s lost her sparkle with this darker colour.