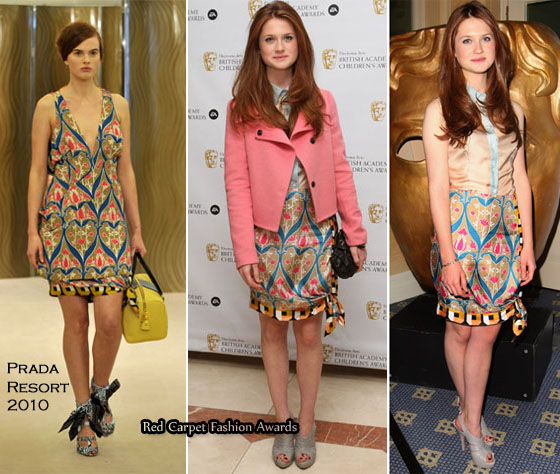 Bonnie Wright is no stranger to wearing Prada, but I’m still surprised she picked such an interesting piece from the Resort 2010 collection.

I adore this look from the printed skirt, to the pink blazer and it even gets better when she takes her blazer off. The thing that brings down the look a tad is the black clutch.

This look has certainly brightened up my cold and rainy afternoon here in London.

Bonnie reminds me of Julianne Moore, both in hair colour and their love of experimenting with fashion. 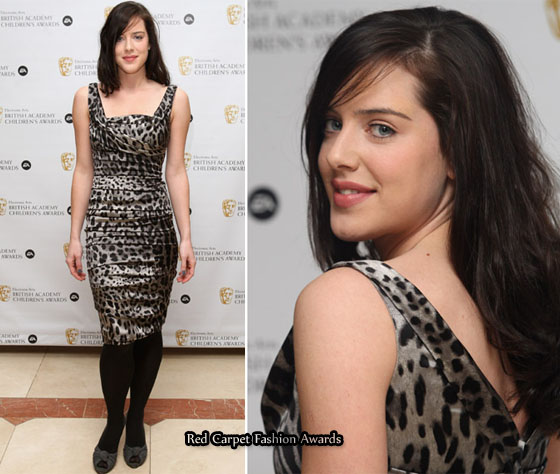 Michelle Ryan is following Whitney Houston and Madonna who have both worn this Dolce & Gabbana animal print dress.

Both diva’s rocked this look.  Michelle should’ve have but her tights and peep-toes take this look from sexy to mumsy. 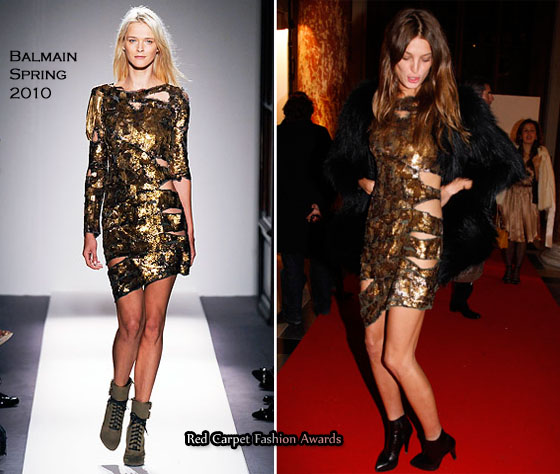 Daria Werbowy is the second celebrity to wear a look from Balmain’s Spring 2010 collection.

Sienna Miller was the first, and her dress was similar with the distressed material but Daria’s is slightly longer and has sexier cut-outs.

I hope she’s looking at those booties and saying, “I wish I hadn’t worn these”. 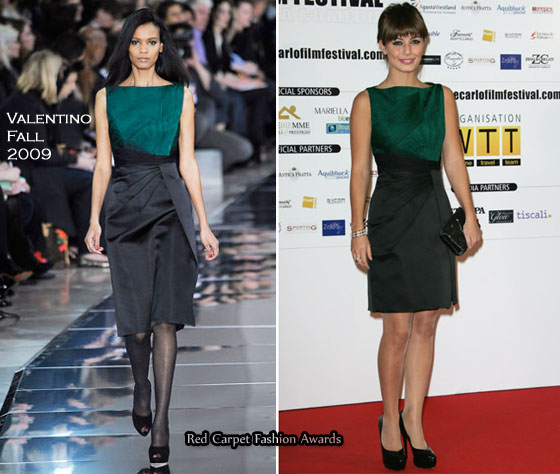 This dress may appear to be for someone much older than Alessandra, but the fresh-face beauty pulls this look off magnificently. 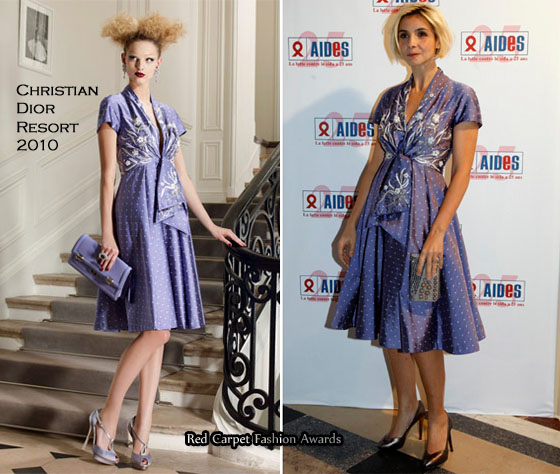 I’m not liking the shoe choice, but I do like her studded clutch. 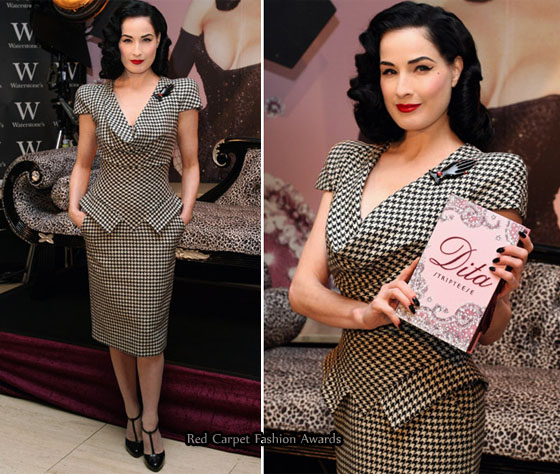 This style of dress was made for Dita.

I’m loving the brooch detail and the t-bar Louboutin’s. 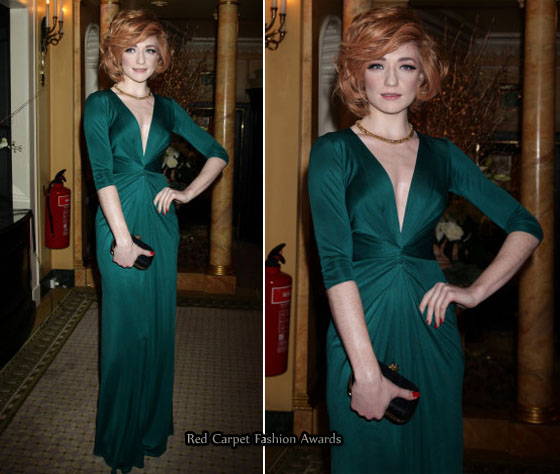 Her confidence befits this stunning gown which she accessorizes with an Alexander McQueen skull clasp clutch. 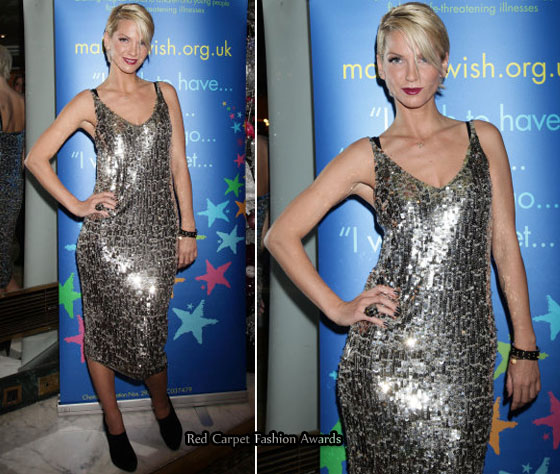 Her look always feels so dated and forced compared to Cheryl and Nicola. 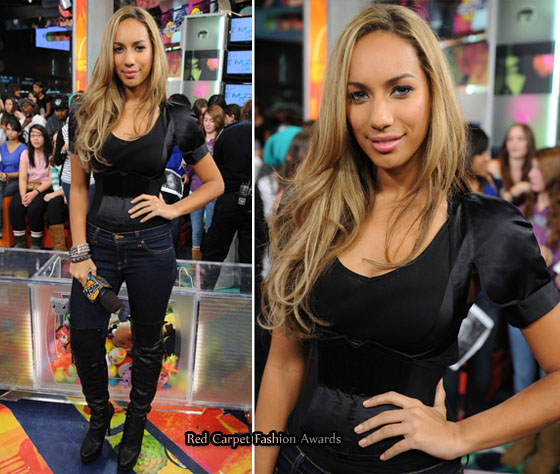 *Throws hands up in the air and gives up*

Leona Lewis AGAIN wore a black corset belt whilst on a TV show in Toronto this weekend.

Let’s hope it gets confiscated at immigration. 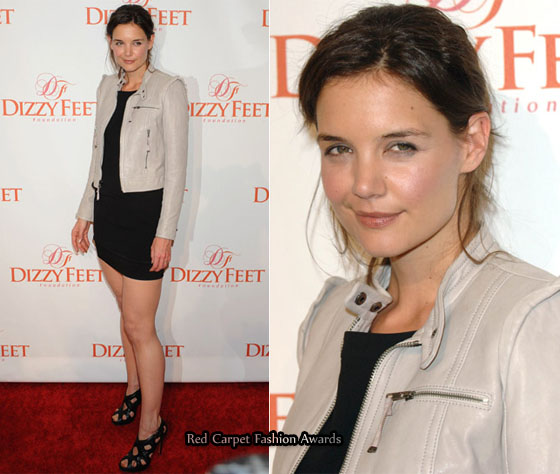 Katie Holmes’ look is more casual than we are used to seeing from her on the red carpet, but I’m still liking the look.

A simple LBD is paired with a leather jacket an Givenchy heels.

88 Responses to Social Events Of The Weekend