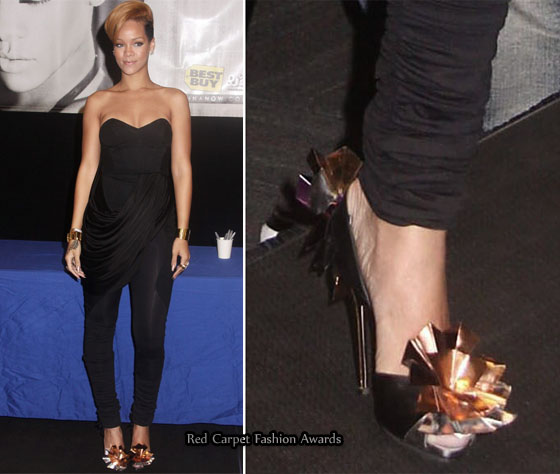 It’s been a busy few days for Rihanna.

We start with her appearance at Best Buy in Union Square, New York where she signed copies of her new album “Rated R” and posed for pictures with fans.

She wore a strapless black jumpsuit featuring a draped detail, but it was the heels I was more interested in.

The shoes are accented with a large leather origami-style rosette in metallic shades of gold, copper and silver.

It was the perfect accessory to add a bit of pizazz to her black ensemble. 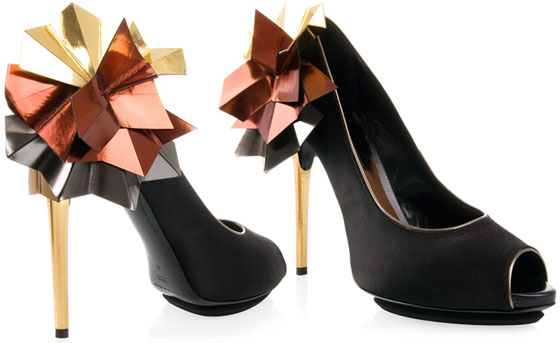 Although I couldn’t find the exact version of Rihanna’s heels Luisa via Roma and farfetch.com both have a similar version. 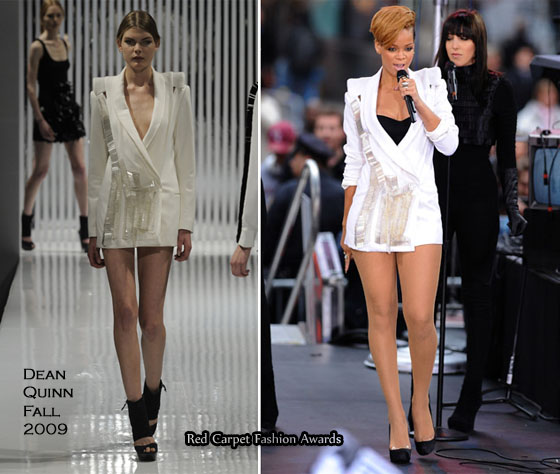 For Rihanna’s appearance on ABC’s “Good Morning America” she wore less impressive heels, but the focus this time was on her Dean Quinn white blazer accented with bugle beads.

On her recent visit to London Rihanna must checked out a lot of our up-and-coming designers because she recently wore David Koma, now she’s wearing a piece from another Central St Martins graduate Dean Quinn.

This blazer was part of his 2009 graduate show consisting of 6 black and white pieces.

The bugle beads have very much become his signature as they were used on all 6 pieces.

You can check out his collection at Dean Quinn.com. 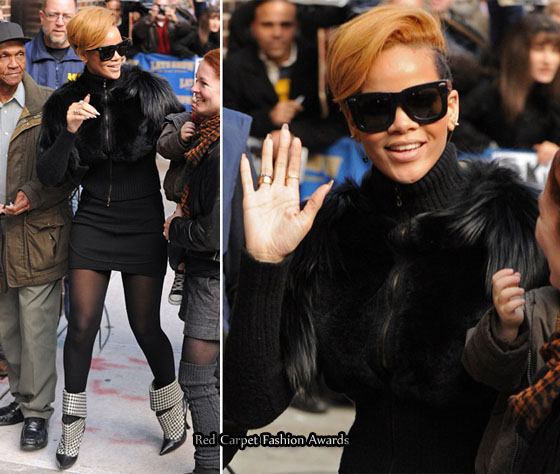 Rihanna was all smiles when she arrived at the Ed Sullivan Theatre for her appearance on the “Late Show With David Letterman”.

What stood out on this occasion were her Alexander McQueen fold-down boots from the Fall 2009 collection.

These heels are very distinctive by the black and white houndstooth material which was heavily featured in McQueen’s Fall 2009 collection. 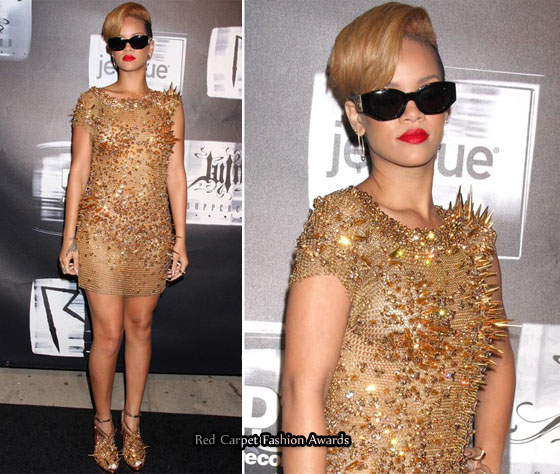 The singer may have been fatigued after a long day, as she kept her sunglasses on whilst walking the red carpet.

It was that or she was worried she would poke her eye out on her spiked gold mini dress by design duo The Blonds.

This was my least favourite look as there’s too much gold from the hair, to the dress, to the spiked heels.

Posted by Catherine Kallon on November 25, 2009 In: Alexander McQueen, Blog, Dean Quinn, Diego Dolcini, In Her Closet, Rihanna, The Blonds