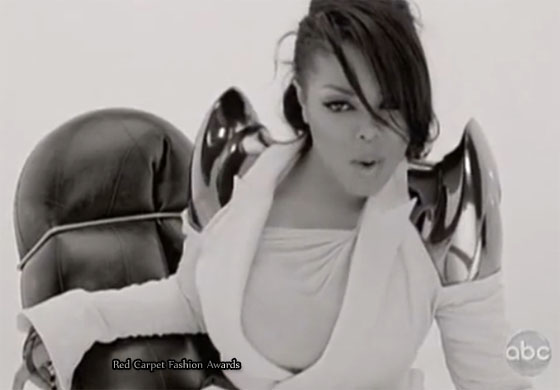 Before Rihanna and Beyonce Knowles, Janet Jackson was the all singing all dancing female entertainer we all idolised.

I have mimicked everything from her key earring to her hair styles, plus I’ve even tried to copy her dance routines. For me she is the ultimate American Idol.

During Fashion Week I was lucky enough to see her at both the Versace Spring 2010 presentation and the after party.

She later went onto many other shows in Milan and later Paris, but it seems she was most interested in what was happening at London Fashion Week. 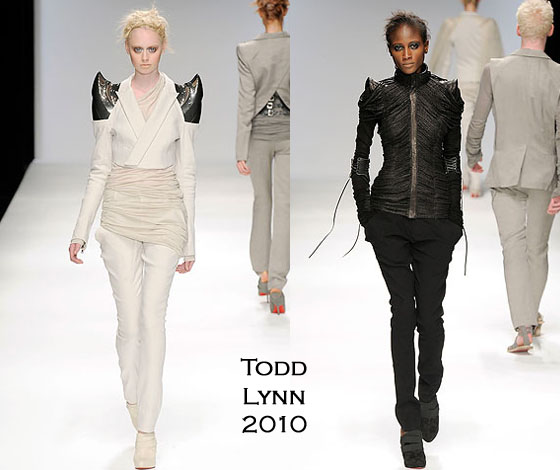 I say that because she wore 2 pieces from Todd Lynn’s Spring 2010 London Fashion Week presentation, which featured metallic shoulder-pads in the video for her new single “Make Me”.

The 43 year old singer she has it.

In the video she shows she still has the Jackson magic with an amazing catchy tune, and an energetic dance routine which takes me back to her “Rhythm Nation” days. 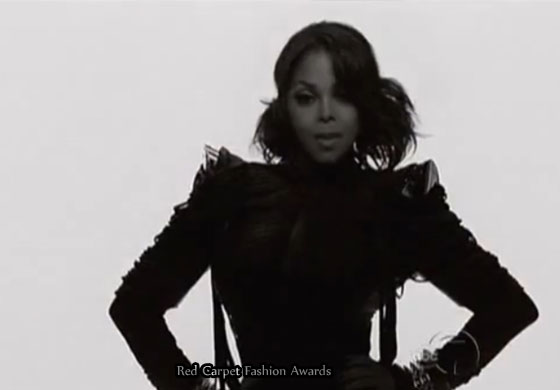 I love the hat-tips to Michael at various points of the video.