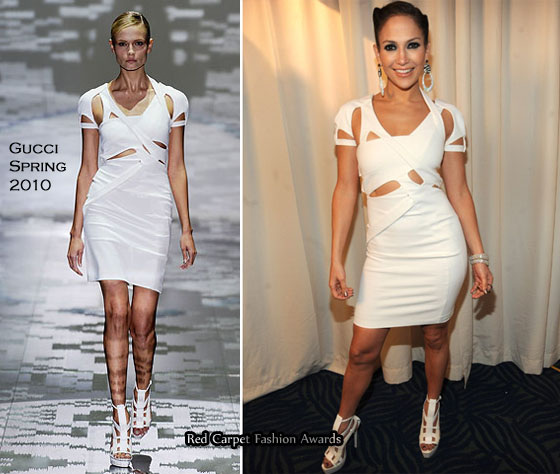 Jennifer Lopez didn’t walk the red carpet at the AMA’s, but she gave us many costume changes to make up for it.

One of her looks backstage was this white bod-con Gucci Spring 2010 dress with many cut-out details.

She paired her dress with the runway heels which also had cut-outs. 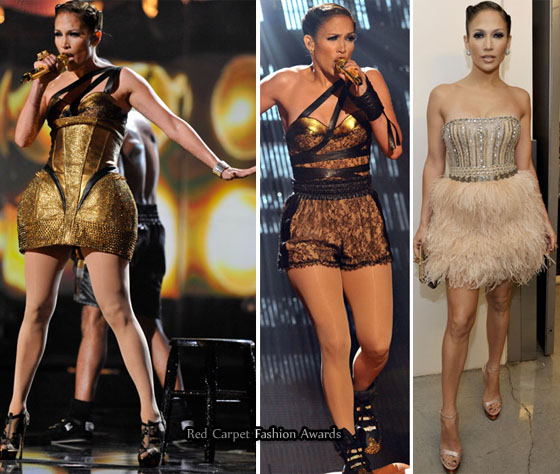 On stage she opted for a gold dress with had exaggerated hips as she performed in Christian Louboutin heels.

At some point the skirt was removed reveal a lace playsuit, as Lopez changed into comfortable sneakers.

In yet another change backstage Jennifer looked her best wearing an embroidered strapless Marchesa dress with a feathery skirt. 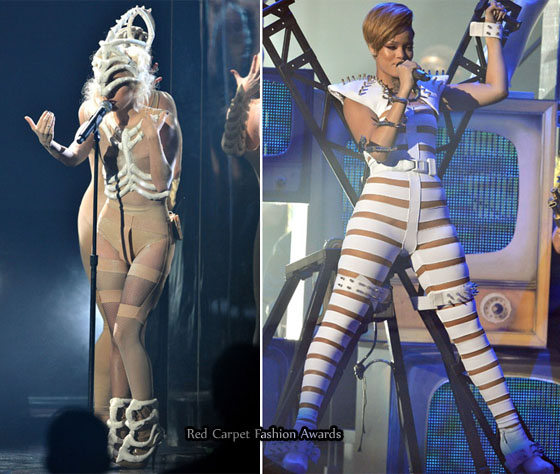 It was Lady GaGa and Rihanna who provided the biggest talking point, as they both performed in body suits. 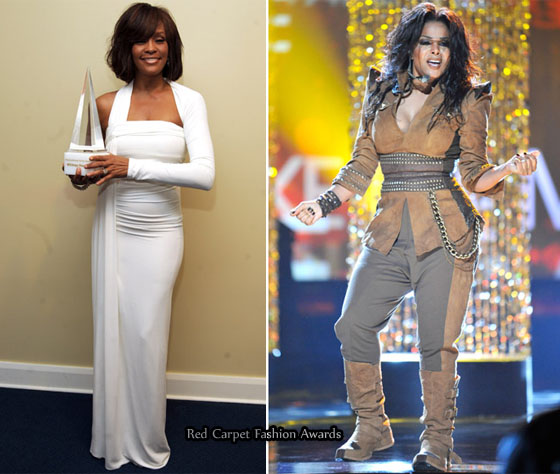 The comeback queens both took to the stage.

Whitney Houston performed wearing a one-sleeved Kaufman Franco white jersey column, whilst Janet Jackson opened the show with a medley of some of the biggest hits wearing a khaki ensemble which again features pointed shoulders. 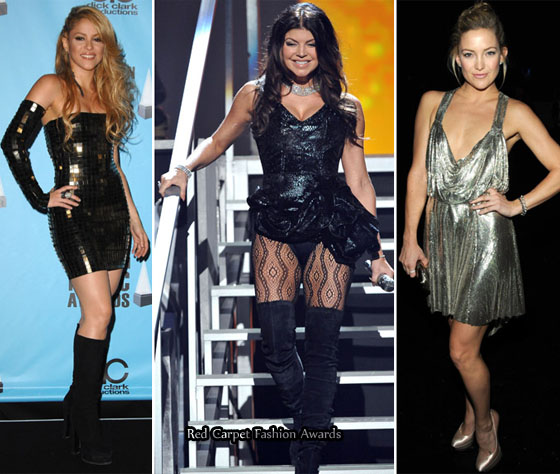 Fergie showed us that if the rumours are true about Josh Duhamel he needs his head tested, as she look super hot and sexy wearing a bustier dress with patterned tights and thigh-high boots.

Kate Hudson was one of the presenters on the night.

Who Was Your Best Dressed At The AMAs?

23 Responses to On Stage, Backstage and In The Press Room @ The AMAs