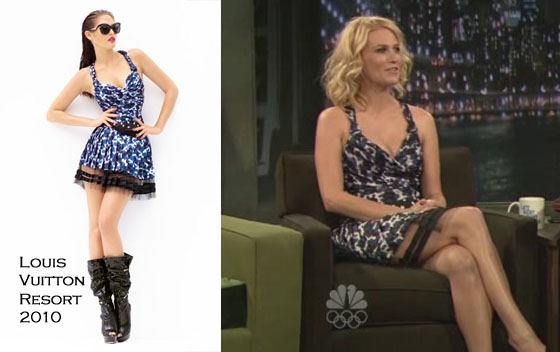 Jimmy Fallon’s late night show is obviously the place to be for actresses to show of runway looks.

January Jones was also on the show this week wearing an adorable blue, black and white printed Louis Vuitton Resort 2010 dress with a black tulle hem.

The ‘Mad Men’ actress talked about her SNL debut which will happen this Saturday and being stranded in a town called Beaver during a blizzard. 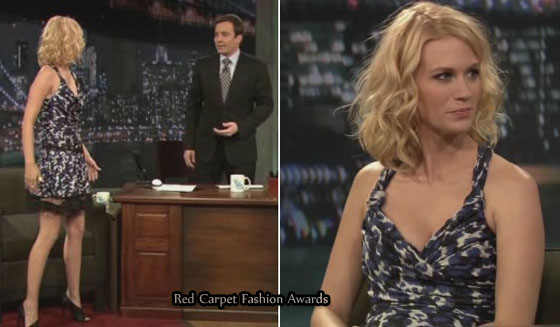 I love this dress, so I’m disappointed it hasn’t been given a better stage as January looks fantastic in this dress.

January Jones In Shoshanna – 2nd A...