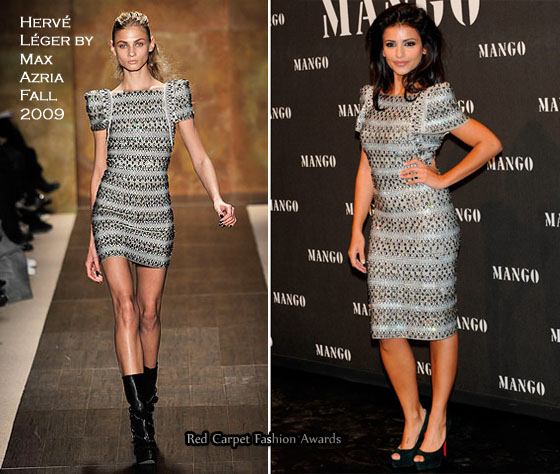 In Madrid this week the stars came out to celebrate the launch of the new Mango collection.

Scarlett Johansson may have been the “major” star at the event, but it was Monica Cruz who stole she show wearing a longer version of the Herve Leger Fall 2009 dress we’ve seen on Miley Cyrus and Julia Stegner. 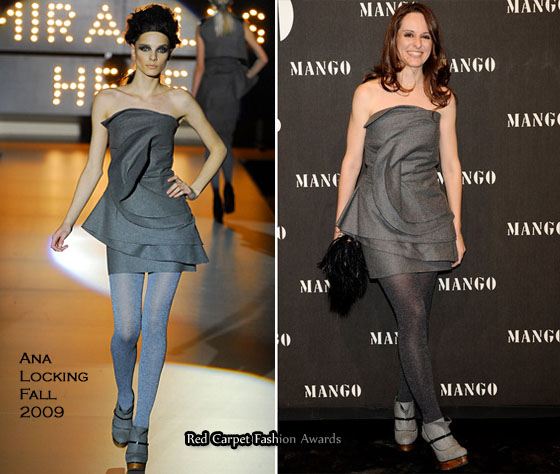 Ana Locking wore a beautifully structured grey dress from her own Fall 2009 collection with both the grey tights and shoe boots they were presented with. 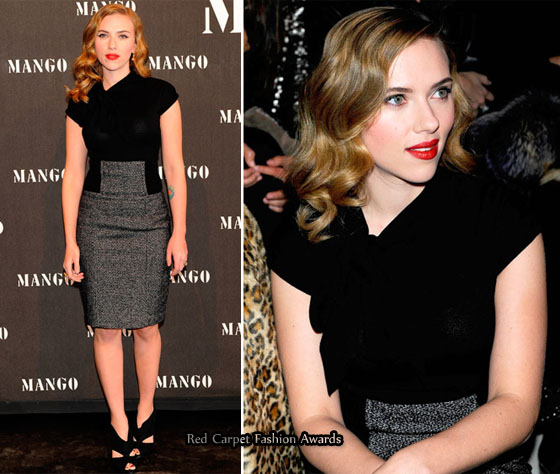 Scarlett Johansson continues to lose her sparkle for me.

I understand she has to promote Mango, but does she have to look like Miss Moneypenny every time?

Surely the could have dressed her in something more interesting and less secretarial.

Every time she promotes Mango it’s like groundhog day. 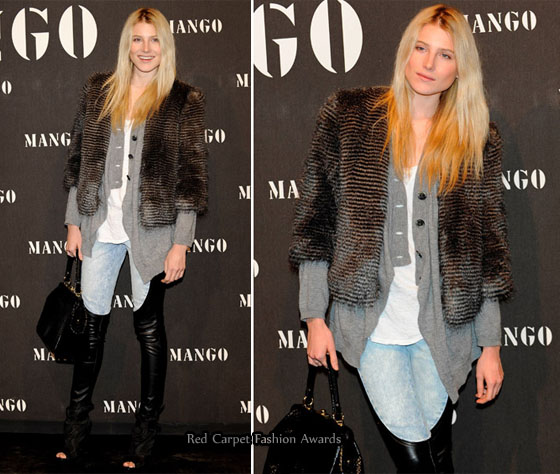 Dree Hemingway has to be one of the coolest chicks on the planet behind Erin Wasson.

On most those half denim-half leather pants from Mango’s Fall 2009 collection would be a total disaster, but Drew makes them look cool.

Despite that I will never consider trying this look. 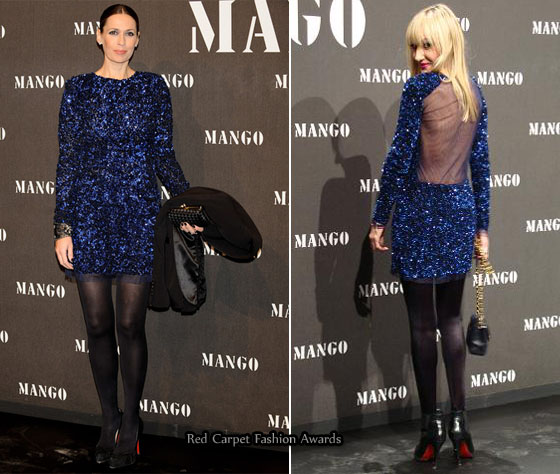 They’re even both wearing Louboutin’s.

Let’s hope they weren’t sitting next to each other during the presentation. 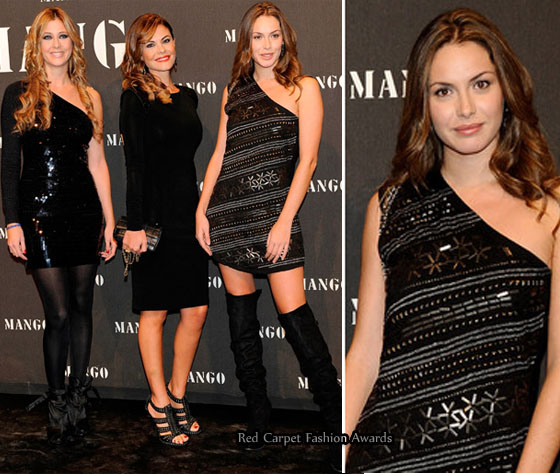 Elisabeth Reyes, Maria Jose Suarez and Priscila de Gustin all wore black Mango dresses, but thankfully they were not the same.

The one that stands out is Priscila’s Mango metallic sequin one shoulder dress which she wore with thigh-high boots. 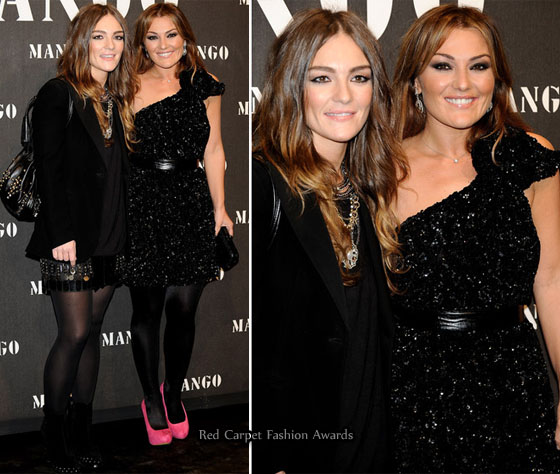 Idoia Montero and Amaia Montero also both wore black, but Amaia added a pop of pink via her heels with her Mango sequin one shoulder dress.

You can see a few images from the Mango Spring 2010 presentation below. It inspiration appears to be military meets ‘Little House on the Prairie’.