I’m one of those people who feels very indifferent to Lady GaGa, but from your comments there’s a strong love/hate divide.

Lucas alerted me to Lady GaGa’s new video “Bad Romance”, and I’ll admit I was in a trance watching her video.

I love the close up beauty shots of her which allow me to see that under all those crazy costumes, hats and make-up lies a pretty girl.

In the few shots we see of GaGa actually clothed, she rockin 2 pieces from Alexander McQueen’s Spring 2010 collection. 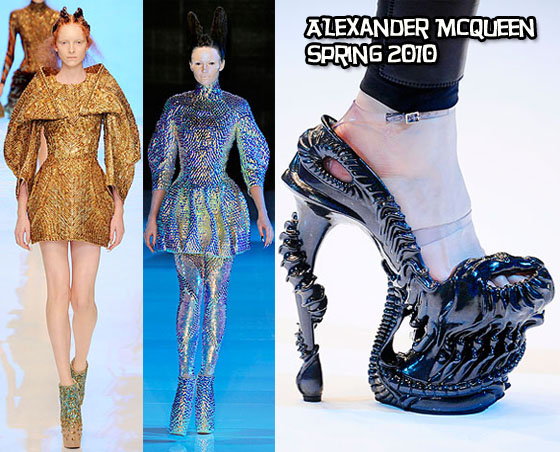 In the opening sequence she dons a long sleeved gold metallic mini dress with futuristic shades. 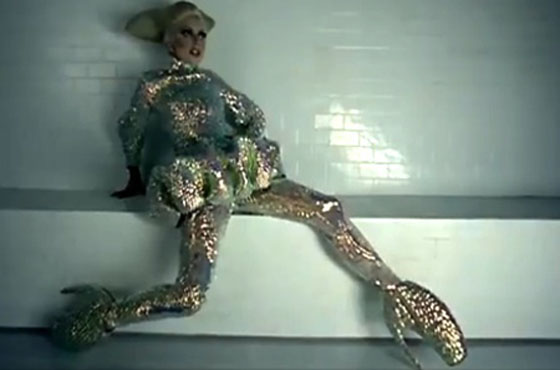 At the 3.30 mark in the video, GaGa bravely walks in those staggering armadillo heels whilst wearing a beaded turtle neck dress paired with the runway pants.

From the way she’s walking it looks like you have to trot like a show pony to be actually able to walk in these heels. 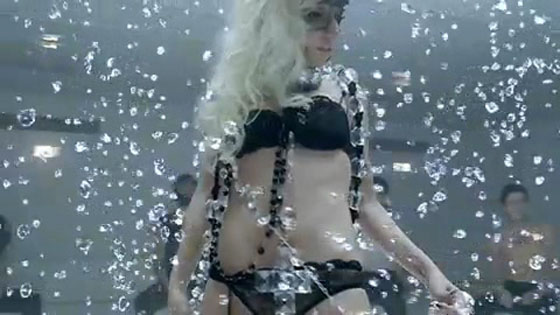 At another point in the video GaGa is seen dancing around in Agent Provocateurs “Love” demi bra and panties teamed with a menacing pair of black Alexander McQueen Spring 2010 dragon heels.

She also wears these heels in white paired with matching white underwear.

“Bad Romance” is more like a fashion video than a music video.

I think this maybe the only chance we get to see the more adventurous pieces from the runway, unless they are in editorials.