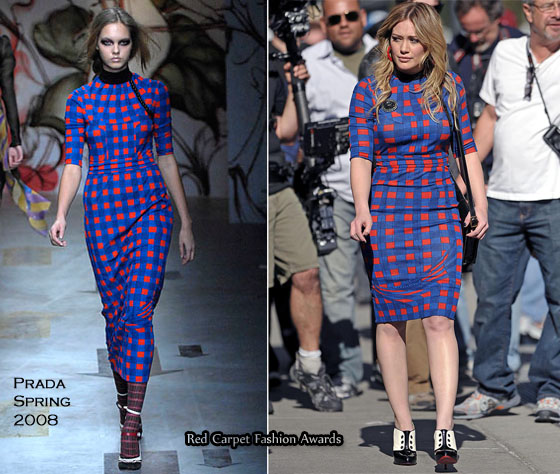 Hilary Duff was spotted on the set of her new television pilot for the romantic comedy “The Business of Falling in Love”, filming in chilly Manhattan.

The actress filmed multiple scenes, including a stunt scene where she fell onto some pads while looking up at the buildings.

She was wearing a blue and red check Prada Spring 2008 dress accented with a brooch, which you can see from the pictures below was pinned tightly to her, as the dress was originally loose fitting. 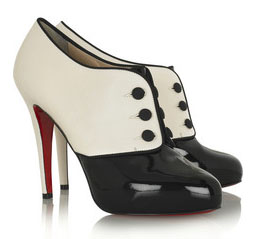 Her dress was paired with Christian Louboutin Esoteri 120 ankle boots.

Black and white heels can is sometimes be considered as not appealing, this pair is a bit quirky as it makes me of a tuxedo. 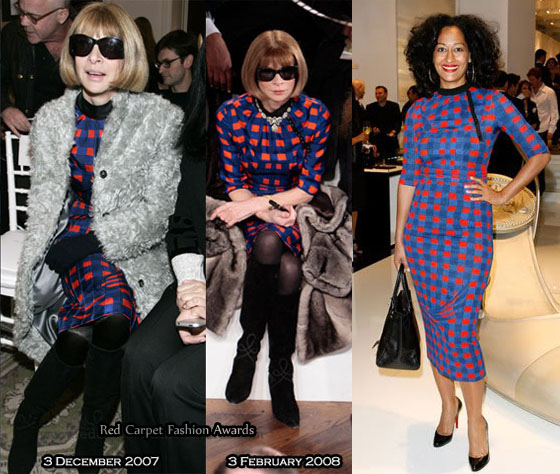 Hilary’s dress should be very familiar to you because Anna Wintour wore this dress multiple times front row during Fall 2008 Fashion Week, plus Tracee Ellis Ross wore the same dress to the opening of the Chanel store on Robertson Boulevard back in May 2008.

Posted by Catherine Kallon on October 22, 2009 In: Hilary Duff, On Set With…, Prada, Runway to Sidewalk