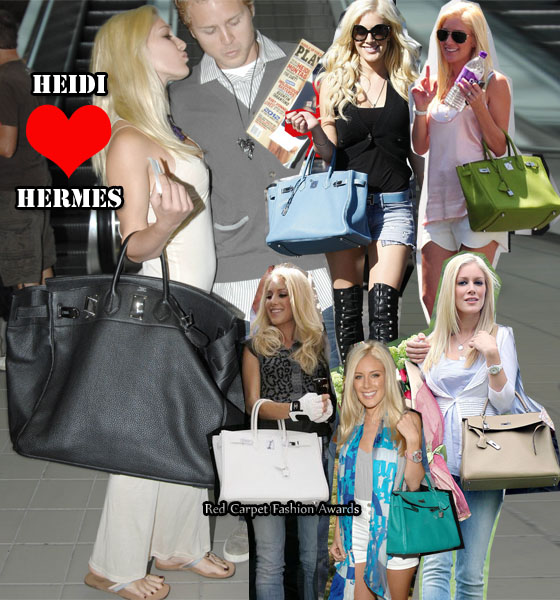 When you think of celebrities who own Hermes bags, Victoria Beckham should spring first to your mind.

Well Heidi Montag is giving Victoria a run for her money with a collection of 6 Hermes bags ranging from Birkin’s, Kelly’s and a black Haut à Courroies.

I remember when I first saw Heidi with a Hermes bag I assumed the bag was a fake, but when she’s banking $100,000 per episode on The Hills, I think it’s safe to say she’s carrying the real thing.

Heidi appears to be trying to buy class, which is ironic considering she’s carrying a HAC whilst kissing her husband who’s showing off her Playboy cover.

No one, not even Heidi will put me off wanting to own a Birkin.

It will continue to be top of my list of things to buy before I die.