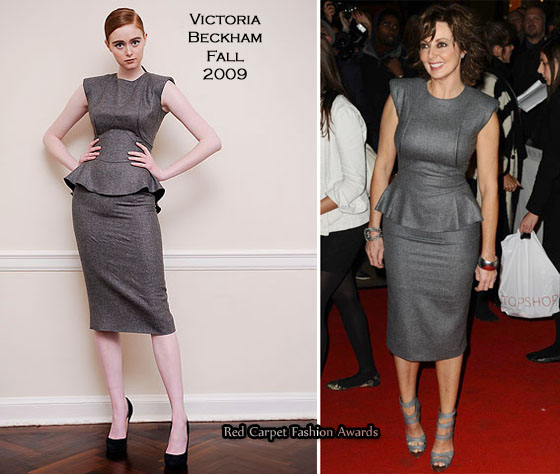 The press always give Carol a hard time about what she wears, but she looks fantastic for her 48 years, plus she’s not afraid of fashion.

A few years ago the press criticized her heavily for wearing Roland Mouret Galaxy dresses – she had a blue and green one.

They almost went as far a saying that she shouldn’t have been allowed to wear the dress, which was a favourite of many celebrities.

When I spoke to the Roland Mouret a few weeks ago about the horrible press Carol had received, he shared my disappointment at how the press had treated her.

He said, “I design for every woman”.

“She brought the dress, she looked fantastic in the dress, why shouldn’t she wear the dress?” 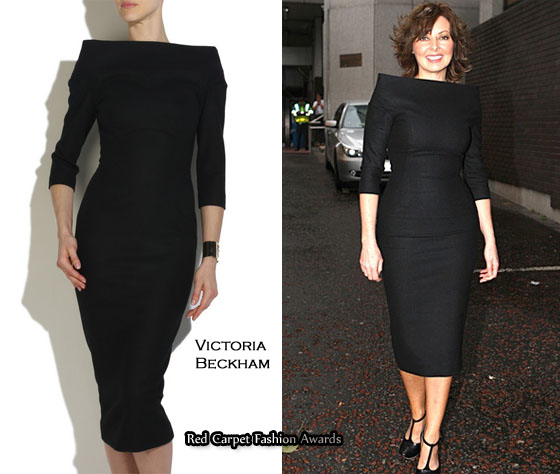 This is not first time Carol has worn a Victoria Beckham dress.

A few weeks ago she was spotted wearing a Victoria Beckham Ribart felt dress which features a zip running from top to bottom down the back.

This dress was equally flattering, skimming her curves as she posed.

This dress is available to purchase from Net-A-Porter US for $1,875, but has sold-out on the international site.

Posted by Catherine Kallon on October 21, 2009 In: Carol Vorderman, In Her Closet, Runway To Red Carpet, Victoria Beckham Collection